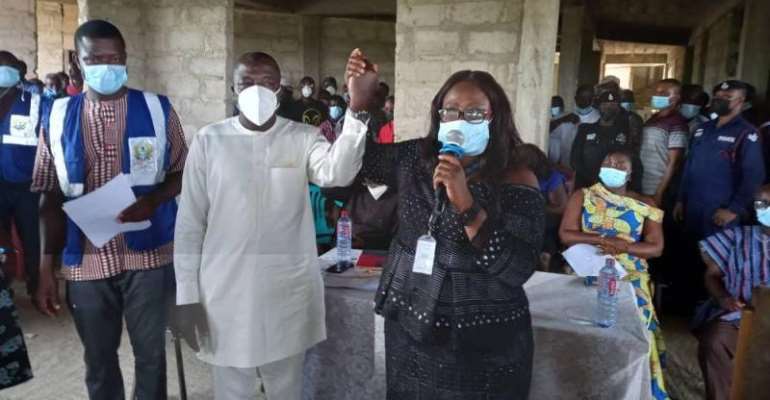 Alhaji Kasim, a businessman, had all the 25 Assembly members, including eight Government Appointees, endorsing his nomination at Winneba during a special meeting.

The election was conducted by officials of the Electoral Commission, led by Emelia Akotia, Municipal Director.

The Winneba District Magistrate administered the Oath of Office, Alliance, and Secrecy, witnessed by the Central Regional Executives of the New Patriotic Party, led by Robert Kutin Junior.

Ms Assan urged the newly elected MCE to practice transparent and open door administration, be a good listener and work with the Assembly members, heads of decentralised departments, institutions, and security agencies to enhance development.

Captain Retired Ayie Acquah, the Presiding Member, asked the Assembly members to let the development of the area be their priority.

Alhaji Kasim, in his acceptance speech, thanked the President for the confidence reposed in him to see to the growth and wellbeing of Effutu and commended Alexander Afenyo Markin, Member of Parliament and Second Deputy Majority Leader, for his support.

He pledged his commitment to the development of Effutuman and said his doors were opened for fruitful advice and contributions for the wellbeing of the area.

Mr John B. Ninson, the immediate past MCE of the area, expressed appreciation to the Assembly members for their support during his tenure and promised to assist the new one to succeed.

13 Nigerians who engaged Police in gun battle at Weija reman...
28 minutes ago