WK: Marital rape is still not a crime in India 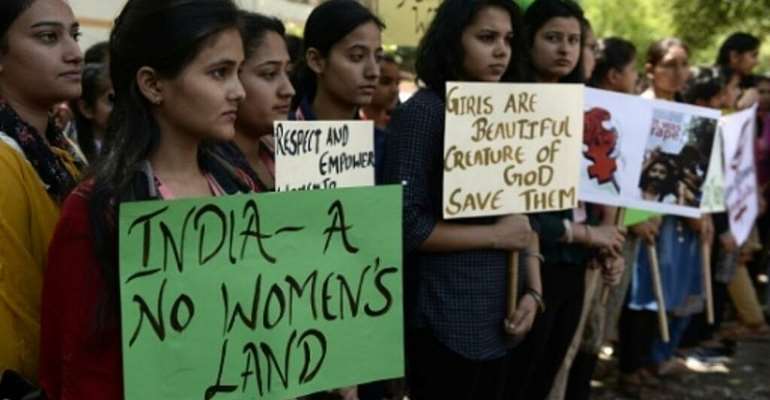 In August this year, a high court in the central state of Chhattisgarh observed that sexual intercourse or any sexual act by a husband with their spouse would not constitute rape even if it was forcible or against the consent of a legally wedded wife.

The high court's stance on the issue sparked outrage and criticism as the judgment came days after a two-judge bench of the Kerala High Court upheld a family court's decision to allow divorce on the grounds of marital rape because it constitutes physical and mental cruelty.

“In a married life, sex is reflection of the intimacy of the spouse," said the Kerala High Court.

“The evidence given by the woman establishes that she was subjected to all sorts of perversion against her will. Marital rape occurs when the husband is under the notion that the body of his wife owes him.”

Reflection of patriarchy in law

India's marital rape debate is activated each time a raped wife stands in court to be told that the exception in the rape law presumes her consent and grants her husband immunity from rape prosecution.

“Constitutionally speaking, the exception in the rape cannot be defended because it nullifies the rights of wives. It is discriminatory in that it makes an arbitrary and unreasonable distinction between wives and non-wives,” argues Pratiksha Baxi, a sociologist and author of 'Public Secrets of Law'.

“It violates the rights of women's right to privacy, health, life, and liberty.”

Others like Monika Arora, a Supreme Court advocate say it is not possible to determine when a wife withdrew consent behind closed doors.

“If all sexual acts by a man with his own wife start to qualify as marital rape, then the judgment as to whether it is marital rape or not will singularly rest with the wife. Her testimony alone will be sufficient to convict the accused,” says Arora in a recent article.

“Hence, broad-based consensus is needed before forming a final opinion on the issue.”

As of November 2020, only 36 countries in the world had not criminalised marital rape and India is one of them, leaving millions of women trapped in violent marriages. Pakistan, Bangladesh, Afghanistan, Botswana, Iran, Nigeria and Libya are some of members of this extraordinary league.

Since it is not a crime to rape a wife, the National Crime Records Bureau does not maintain any separate statistics on marital rape.

One of the key recommendations of the Justice Verma Committee, set up in 2012 to reform criminal law, was to remove the marital-rape exception, in light of India's obligations under the Convention on the Elimination of All Forms of Discrimination Against Women.

This recommendation came following the gang rape of a paramedical student in the capital in 2012 that had the country on the boil and saw international media coverage.

The recent response from courts to complaints of marital rape has been contradictory. When the Kerala High Court backed marital rape as a valid ground for divorce, a court in western state of Maharashtra gave anticipatory bail to a man while concluding that forcible sex with his wife was not an “illegal thing” though she said it left her paralysed.

Similarly, the Gujarat High Court has held that “a law that does not give married and unmarried women equal protection creates conditions that lead to the marital rape”.

Legislative amnesty to marital rape continues to survive in the statute book despite a gamut of decisions by the country's Supreme Court upholding the bodily integrity and privacy of women.

Courts have also tread cautiously when it comes to criminalising marital rape as they believe it will sabotage the institution of marriage.

Women's groups have argued that there is an urgent need for the judiciary to recognise marital rape as an offence under the Indian Penal Code, especially now amid a surge in domestic and sexual violence cases against women due to the pandemic-induced lockdown.