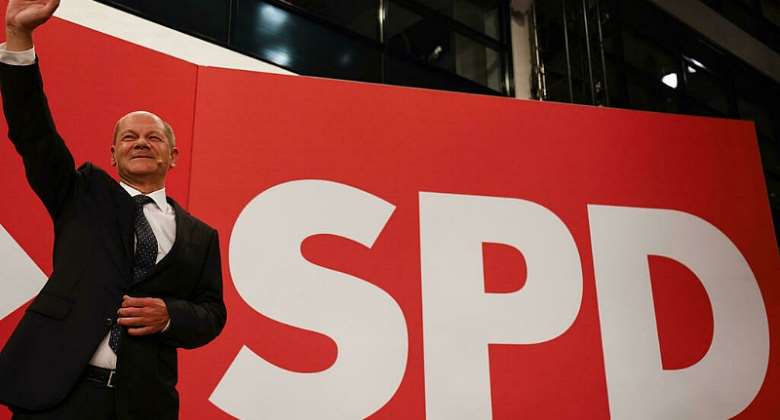 It will be some time before the makeup of the new government is known, however, as coalition must now be created – with both the SPD and the CDU saying they want to lead.

The Greens achieved the best result in their party's history, coming in third with 14.8 percent of the vote.

The 63-year-old Scholz described the results as a "great success,” adding that his party had a clear mandate to rule.

Scholtz, who has served as vice-chancellor and finance minister in Merkel's grand coalition government since 2018, ran a smooth campaign leading up to election day.

He said the SPD would seek a coalition with the Greens and the liberal Free Democrats, the FDP.

The SPD and the Greens previously governed together from 1998 to 2005 under Chancellor Gerhard Schroeder, and broadly agree on environment policy and social spending.

However the FDP fall far to the right of the SPD and Greens on economics.

However despite coming in second, Christian Democrat candidate Armin Laschet said he could still try to form a government with the Greens and FDP.

Merkel will stay on as Chancellor during the tough coalition negotiations ahead, with three parties needing to join forces in order to clear the threshold of 50 percent of seats in the Bundestag.