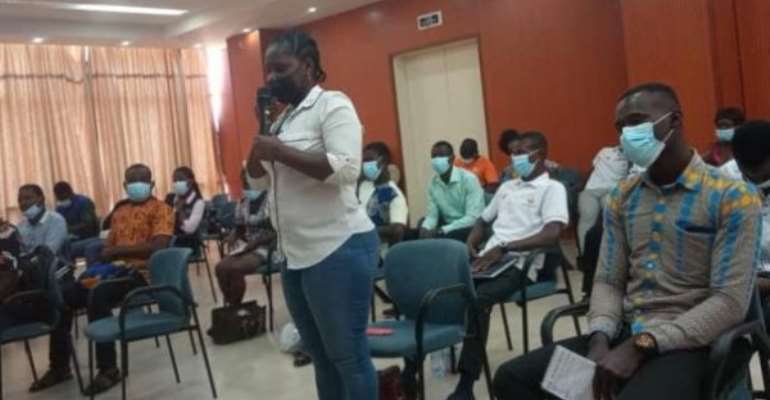 Churches and other religious organisation have been encouraged to offer their platforms for people to talk about sex and family planning.

“You cannot talk about it in church. church leaders do not allow talk on family planning education in the churches” youth group leaders shared their frustration during monitoring of activities on adolescent sexual reproductive health and rights in the central region.

This came to light during a monitoring on Adolescent Sexual Reproductive Health and Rights in Cape Coast.

It formed part of a project being implemented in six districts of the Central Region by the National Youth Authority (NYA) with funding from the United Nations Population Fund (UNFPA).

They also talked about their challenges, success stories, best practices and gave suggestions on how to improve adolescent sexual reproductive health and rights in their districts.

Mr. Achbold Donkor, Director of programmes at the NYA commended the youth leaders for their hard work and dedication towards the development of young people in their respective communities.

He also expressed gratitude to the UNFPA for its unwavering Support towards youth development in Ghana.

He said the NYA, believed in the potential of young people and for that matter would not relent on its efforts to ensure that the youth in Ghana were empowered enough to be well positioned to play their roles as strategic agents of change.

Despite their great potentials, Mr. Donkor noted that the youth in Ghana were challenged in issues relating to their sexual and reproductive health, impeding their progress and total development.

“You are not too young to act so do not sit aloof. If you think you are too young to do something now, you will be old enough to bear the consequences”, he told the youth leaders and asked them to be role models for their peers.

He encouraged stakeholders including MMDAs, traditional leaders, and religious organizations to extend the needed support for youth groups and youth leaders to meaningfully contribute to the development of their communities.

Mr Donkor, added that the realization of Sustainable Development Goals (SDGs) would be possible if young people were given the platform to show what they could do.

Mr. Emmanuel Ofosu Annin, Regional Director of NYA, underscored the need for the youth to have adequate knowledge about their maturation, especially sexuality through the project.

He was confident that the project would help the youth in the region to be fully empowered to become ambassadors and peer educators in their respective communities, schools, churches, and homes to effect a positive change on reproductive health rights.

Mr. Vitus Atinga, a Representative of the UNFPA who was delighted about the success stories of the participants, asked them to keep up with the good works and ensure that every youth in their community were empowered.

“An empowered girl will not allow herself to be used by teachers or any other man. Help empower adolescent girls to be assertive and have the confidence to say no”, he stated.

He said the UNFPA worked to achieve zero unmet need for pregnancy, reduce sexual and gender-based violence and teenage pregnancy.

Mr Fred Amponsah, a youth group leader from Kisi in the Komenda-Edina-Eguafo-Abrem Municipality, recounted how the project had been useful to him and contributed to the reduction of teenage pregnancy in his community.