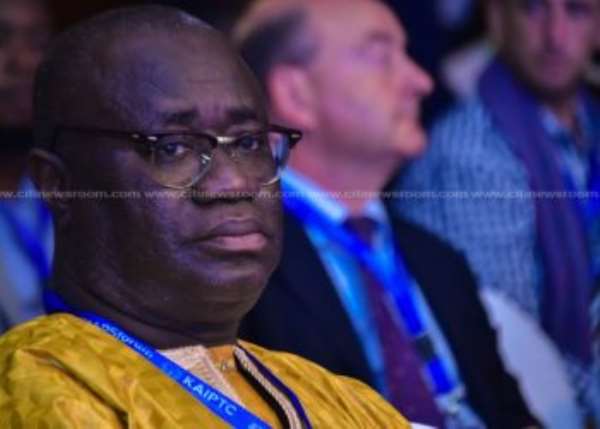 A Security analyst, Prof. Kwasi Aning, believes the time has come for financial institutions to embark on rigorous scrutiny of their staff following the increasing cases of bank-related robberies in the country.

He says routine checks must also be carried out on both company and personal electronic devices, used by the staff to assess information that might have aided such crimes if any.

The comments by Prof. Aning, who is also Director of Academic Affairs and Research Faculty at the Kofi Annan International Peacekeeping Training Centre (KAIPTC), come on the heels of recent daylight robberies in parts of the capital, including one that a group of armed men trailed a woman from the bank and robbed her at Achimota.

Contributing to discussions on crime and security on Joy FM’s Newsfile on Saturday, Prof. Aning said stringent security measures among the police and the banks must be adopted to ascertain the culpability of bank staff in case of robbery attacks on persons who may have transacted business at the bank.

“This lady who withdrew money from the bank, how did criminals know that he had money on her? Are we picking up people within that particular bank, checking their laptops and phone records, or if there is a compromise of such sensitive information to the client.”

“Some really critical questions need to be asked to assure us or those who use the banking facilities that the backgrounds of bank staff are checked, secured, and they are routinely also checked again because [this kind of crimes] raises serious fundamental questions because of the gang-style manner in which this operation was carried”, Prof. Aning emphasized.

Several robbery cases have been reported in recent times, raising concerns about the safety of residents in the capital.

Aside from the daylight robbery incident at Achimota which led to some robbers bolting with GHS 29,000 snatched from a 33-year-old woman, while a bystander sustained gunshot wounds.

It also advised the persons who intend to withdraw huge sums of money to “exercise caution or contact the Police for assistance for such transactions.”

‘You can’t beat NDC in spreading lies, falsehood and propaga...
16 minutes ago