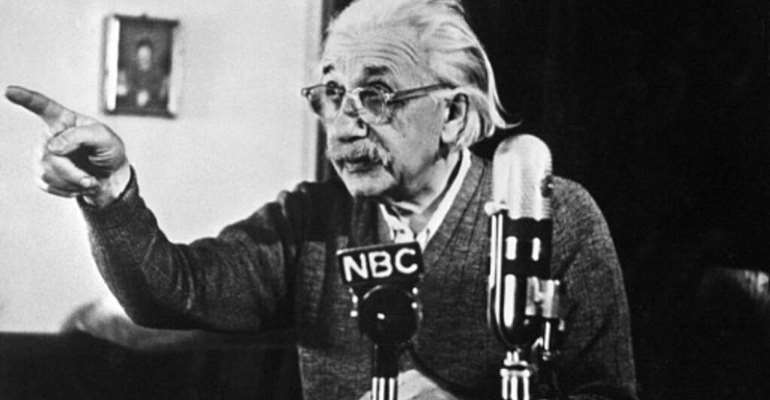 A manuscript written by Albert Einstein, which contributed to the development of his relativity theory, is to go under the hammer in Paris on November 23, with an estimated sale price of two to three million euros.

The document is 54 pages long and contains a “crucial part” of the development of the general theory of relativity. It is seen as Einstein's most valuable manuscript ever put up for auction, according to organizing auction houses Christie's and Aguttes.

The auction, first reported by Spanish news agency Efe on 2 September, will take place in Paris on 23 November.

The manuscript was written in 1913, when Einstein worked in Zurich with the Swiss physicist Michele Besso.

The paper shows attempts to offer an explanation for an anomaly in the orbit of the planet Mercury, which was a mystery to scientists at the time.

Einstein and Besso proposed calculations to show that the anomaly could prove the theory of relativity.

Mistakes
But when a series of mistakes slowed down the research, Einstein dropped it by the end of 1913.

Besso then left the city and took the manuscript with him.

In September 1915, Einstein went back to the drawing board, refined the  calculations, and that same year published a series of articles where his relativity theory predicted and explained the anomaly in Mercury's orbit.

Letters and documents by Einstein are popular items with the public. Simple letters easily fetch up to €30,000. In 2019, auction house Aguttes sold a four-page manuscript on gravity, written by Einstein, for €140,000. But the upcoming sale of the text containing seeds of the world-famous relativity theory is set to break all records.