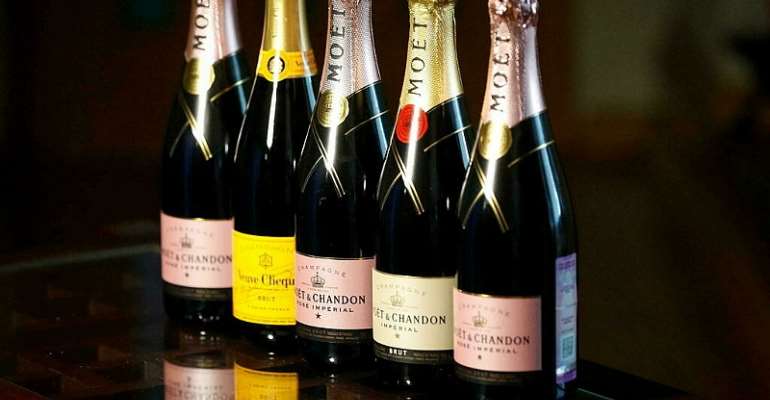 The French government said it was in talks with Moscow about suspending a contested law barring French champagne producers from labelling their bubbly "champagne" on bottles sold in Russia.

France, the birthplace and home of champagne, jealously guards Appellation of Controlled Origin (AOC) which give its producers exclusive use of the term in many countries.

But Russia does not recognise the appellation, and in July President Vladimir Putin signed a law forbidding the use of the Russian translation of champagne -- "Shampanskoe" -- on imported bottles.

French producers can still use the word in French but only Russian producers of sparkling wines can use the term in Cyrillic  -- a move that caused outrage in France's Champagne region.

Trade Minister Franck Riester told France 2 broadcaster on Thursday that Paris had been in talks with Moscow "for several weeks" about suspending implementation of the law.

Paris calls for a moratorium on Russian legislation

Describing the exchanges as "positive" and "constructive", he said: "I hope we will have good news in the coming hour or weeks about a moratorium on this law which does not conform with the law in terms of geographic location."

France had complained that the law was hurting its exports of champagne and asked for it to be suspended for at least a year.

Russia is the 15th biggest export market for French champagne, with 1.8 million bottles sold in the country in 2019.

The Russian agriculture ministry did not immediately reply to a request for comment.