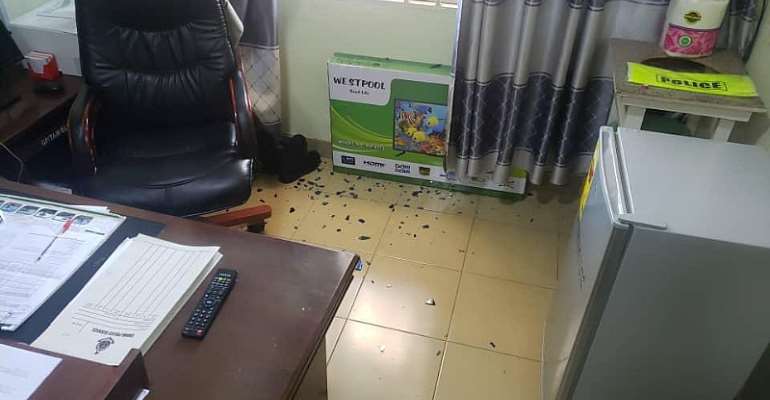 Some residents in Tamale who embarked on a protest to register their displeasure over the alleged brutality meted out on them by some police officers have attacked the Lamashegu Divisional Police Command.

He said the protestors threw stones and other objects toward the police station and in the process vandalized parts of both facilities.

“We just saw a mob passing by and they started throwing stones and it affected our office window glasses,” he said.

He, however, stated that no police officer was injured in the attack and no arrest has been made yet.

On September 21, 2021, some residents of the Tamale metropolis were allegedly assaulted by police personnel for illegal electricity connections.

A viral video sighted by DGN Online showed how customers who were alleged to have engaged in the illegal connections were assaulted with objects and were physically manhandled by police officers.

The statement signed by acting Director General, Public Affairs of the Ghana Police Service, Assistant Commissioner of Police (ACP) Kwesi Ofori, said steps were being taken to locate the victims to provide them with the needed medical and other supports.

“Police Service therefore unconditionally apologized to the affected persons and the General Public,” the statement said.

I'm sorry, was running away from a prophecy that I'll be sho...
8 minutes ago