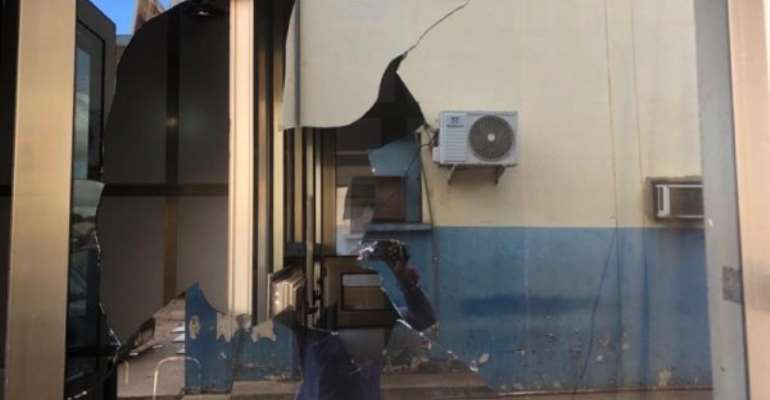 Some youth in Tamale on Saturday allegedly damaged property belonging to the Ghana Police Service and the Northern Electricity Distribution Company (NEDCo) in Tamale.

The Ghana News Agency learnt that the youth had embarked on a demonstration to petition some Chiefs in Tamale over the recent assault on some residents by some Police officers over the alleged illegal electricity connection.

The youth became agitated when they got to the Lamashegu Divisional Headquarters of the Ghana Police Service, and threw objects to the compound of the building breaking the glass windows and doors.

They then proceeded to the NEDCo offices to undertake similar violent acts.

It was when they marched on towards the Regional Police Command that a military reinforcement was called in to stop them.