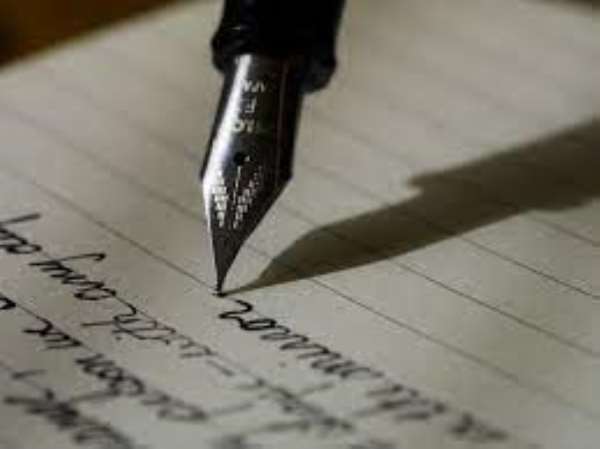 The Dinner Table of Isa Pantami, Nigeria’s Minister of Communications, has been very irresistible to many persons in my constituency including journalists, activists and clerics and I was not surprised when it caught the attention of Femi Fani Kayode, Nigeria’s Chief Critic of Buhari Government in an evangelistic coup against major Christian activist.

This man whom I asked President Buhari to investigate in the wake of the terrorist accusations, in a controversial piece I wrote titled ‘Isa Pantami! Terrorist in Buhari’s Cabinet’ have proven to be the most dangerous Muslim fisherman in Nigeria, after his net caught the Adviser–in–Chief, Instigator–In–Chief, Whistle blower-In Chief and Mentor-In –Chief of NNandi Kanu, Sunday Igbogho and Indigenous Peoples of Biafra IPOB.

I hinted in the piece that “though I do not know Pantami personally, but during the early menace of Boko Haram, when I reported extensively both locally and extensively on the activities of the terror group, I was told about an intelligent, scholarly, digital minded Northerner at Abubakar Tafawa Balewa University by the name Isa Pantami. I was told this scholar is equally a Muslim fanatic. I don’t have a problem with fanaticism, provided it does not impede on another person’s faith”

By the time Fani Kayode held fruitful discussions over Dinner at Pantami’s Beautiful Home that lasted I was told, from 8pm to 3am, it is obvious that all the secrets of IPOB has been handed over to the Northern establishment. Isa Pantami has proven to be a dangerous Evangelist. Bishop Oyedepo opened twenty thousand churches in three years and employed over twenty five thousand pastors while Isa Pantami captured the Chief Spokesman of Christianity in Nigeria.

This is not a good time for the Christian faith because the Pantami’s Dinner Table has proven more effective than all the over two hundred thousand AK-47,and over 500 Rocket Propelled Grenades and Anti-Tank weapons assembled by Boko Haram in the prosecution of an agenda which majority of Muslims have rejected.

Pantami’s Dining Table has proven more effective than all the war against Alcohol and Prostitutes instituted by Hisbah in Kano. Surely, Pantami is an effective Muslim fisherman and a good asset to the Northern establishment. No wonder after my article, I received so many phone calls, texts, messages and reactions from many Muslim scholars, Intellectuals and Clerics who tried to educate me that Pantami is a perfect gentleman. Obviously, it is a perfect gentleman that uses Dining Table to win over his followers, and I have reason to agree with his defenders.

The last time I got such an emotional response from Northerners was in 2013 when I wrote the famous piece ’Boko Haram Republic of Borno-Yobe: A Good Idea’ where I asked Jonathan to create a Boko Haram Republic In Borno and let Nigeria study the model for adaptability if it is able to curb corruption. I was both educated and attacked by Borno elders for suggesting they should be under the government of Boko Haram. Then intellectuals, clerics, politician of from Borno and Yobe northern extraction inundated my mails and phones with explanations on how the Borno Elders, despite religious affiliations, have united to ward off the terror group.

After the defection of FFK, I knew why Pantami is a treasure to the North.

His Dinner and Soup Pot tactics have proven more effective in the evangelization of Islam than all the terrorist attacks of Boko Haram, Criminal bandits and Sheikh Gumi. Isa Pantami has proven the most effective Muslim in Nigeria.

Fani-Kayode is the number one enemy of Buhari, Fulani, Hausa, Islam, Northern Establishment and APC ruling party. He convinced the populace that Fulani are scavengers over their political space who must be bloodily hounded back to Futa-Jallon. He called them Murderous, Evil, Blood Thirsty, Wicked, and Beasts. He used a worse name for Buhari, Nigeria’s President whom he called an Islamist, Terrorist, Fundamentalist, Murderer and Vicious.

In March 2017 he wrote on his Facebook page that, “The Buhari government is evil, weak, incompetent, sectional, bloodthirsty, genocidal, wicked, divisive, mendacious and bereft of any integrity or intellectual pretensions.

“This is a government whose sole intention is to turn non Hausa-Fulani Nigerians into second class citizens and slaves.

“They protect the genocidal maniacs, the killers and the aggressors and they persecute, torment and traumatise the victims of aggression.

“Whether it be Agatu, Ile-Ife, Southern Kaduna, Enugu, Abia or anywhere else the story is the same: the victims are locked up and the murderous barbarians and savages that killed them are rewarded.

“The Buhari administration has come to do nothing but to kill, steal and destroy. Under their watch more Shiite Muslims and Christians gave been butchered than at any other time in our entire history outside the civil war.

“They are a curse. They are an affliction. And the truth is that they are worse than Hitler’s Nazis.”

While his curses lasted, Nigerians developed deep hatred for Buhari that even some of his infrastructural achievements were swallowed up by the heavy incitement. He had a wonderful soul mate in the person of Mazi Nnamdi Kanu, leader of IPOB, Reno Omokri, former President Jonathan Aide on Social Media and Senator Shehu Sani.

Suddenly, after joining Pantami in the same plane to Buhari son’s wedding, and eating dinner at the same wedding in Daura, the narrative started changing. The repentance of Fani-Kayode was sealed at Pantami’s House over plates of Tuwo Shinkafi, Tuwo Masara with Miyar Kuka and Miyar Wake. With the addition of Jollof Rice with Miyan Taushe, with Kunu and Zobo nutritiously prepared, with some Ram Suya for dessert, according to a close family source, the Chief Spokesman of Christianity became a changed person and friend of the North, What a fish.

Fani Kayode who had earlier described Pantami thus “He (Pantami) is a religious bigot, an ethnic supremacist, an unrepentant jihadist, a lover of bloodshed, carnage and terror and a psychopathic and clearly insane individual,” he had said.

“Pantami is not fit to be a minister of the Federal Republic, but he is also not fit to walk our streets freely.” but by the time the dinner was over the narrative changed thus

“It was an honour and privilege for my friend and brother, Governor Bello Matawalle of Zamfara State and I to have been invited to dinner at the beautiful home of my friend and brother, Professor Isa Pantami, the Hon.Minister of Communication and Digital Economy, last night, “We were there until the early hours of the morning, we had a wonderful time and we discussed crucial national and international issues and the way forward.

“Thanks for having us, my brother. Together we shall continue to build bridges of peace, unity, love and understanding in our country, fight the war against terror and restore the glory and greatness of Nigeria. Great things lie ahead”

Isa Pantami is a dangerous fisherman. He has also proven to be an attractive fisherman. He has converted the Chief Enemy of Islam, Fulani and Northern establishment into his camp. He has done what Boko Haram cannot do. He has collected all the secrets of IPOB and Nnamdi Kanu. Pantami has the secrets of 56 million Nigerians in his briefcase all in the name of National Identification Number. This NIN has not reduced the activities of bandits and terrorists, but it has reduced the activities of enemies of Islam, Fulani, Buhari, APC and increased murmurings in the camps of Christian leaders, Yoruba Agitators leaders, Nigerian Activists and heartbroken IPOB.

That Fani Kayode chose dinner with Governor Matawalle of Zamfara State, the man who threatened to unleash mayhem on Igbos if the killings of Northerners in the South East are not stopped forthwith. Of course the killings stopped not because of the threats of Matawalle but because of the intervention of veteran Igbo Activists, including myself, who consistently cautioned and kicked against the murder of innocent Hausa-Fulani or Northern Traders and drivers seeking means of livelihood in the Igbo land.

Isa Pantami’s Dinner table which captured Fani Kayode, enemy of Islam, North, Fulani and APC and the temptations from that salacious soup pot is still ongoing.