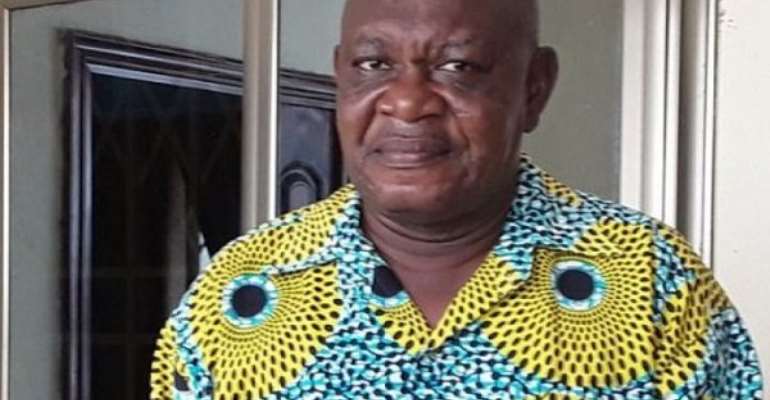 The leadership of the ruling New Patriotic Party (NPP) has been urged to set up committees to monitor the party's nationwide on-going new registration exercise to achieve desirable outcomes.

Mr Yaw Dabie Appiah Mensah, a leading member of the Party, who gave the advice, said the committees ought to be constituted at the national, regional and constituency levels to monitor the exercise.

He also suggested the extension of the deadline for the registration exercise to ensure that floating, but interested voters, genuine and loyal members of the party were captured.

In an interview with the Ghana News Agency (GNA) at Odumase in the Sunyani West Municipality, Mr Mensah, a former regional organiser of the NPP in the then Brong-Ahafo Region noted the exercise had been characterised by complacency and lackadaisical behaviours.

He said interest and attitudes of voters and some NPP members regarding the new registration in many constituencies remained low due to poor publicity on the exercise, hence the need for intensified publicity.

“The credibility of our register will be at stake if we fail to monitor the registration exercise and conduct vigorous checks on the backgrounds of applicants”, the former organiser stated.

Mr Mensah said a genuine and credible register would not only give the true reflection of the members of the party, but would put the NPP in a better position to strategize well in the 2024 election to retain political power in the next elections.

He said though the numerous achievements of the government had positioned the party well to have greater advantage over the National Democratic Congress (NDC), it would be politically suicidal if the party relaxed and failed to sell the achievements to the voting masses, particularly those at the grassroots.

Mr Mensah said the Election 2024 was closer and there was the need for the NPP leadership to support and rekindle the spirits of regional, constituency and polling stations executives to reach out to and propagate the achievements of the government to the voting population.

This, he observed, would greatly empower voters to understand the policies and social interventions programmes put in place by the government that would enable them to make informed decisions, and vote to retain the NPP in Election 2024 to break the nation's eight-year jinx.

“From all indications, one could easily see the fortunes of the NPP in election 2024 are brighter, but because elections have to do with numbers, we should avoid complacency and work hard to break the eight-year jinx.

“The government has provided us with many campaign messages including; the implementation of the free Senior High School programme which has benefited a lot of Ghanaians, One-District-One-Factory, Planting for Food and Jobs and others that we can sell to the masses and woo them to our party for victory 2024”, he added.

Latest Photo Reports
Catch up with all the political quotes from our politicians.
Advertise here
More NPP News
ModernGhana Links
“I came back from exile and I’ve served NPP faithfully, loyally and hard’’ — says Boakye Agyarko as he declares intention to lead NPP into 2024 polls
A/R: Am your Messi, kick me out from NPP and you'll suffer like Barcelona in 2024 – Chairman Wontumi warn delegates
'We can't complete all E-blocks at once; we came with our own agenda' – Former Adentan NPP PC
Fuel price hikes: NPP's ghost haunting them – Victor Quarshie
Collins Nuntwiri Nuamah set run for NPP’s National Treasurer , Gets Resounding Reception Across Country
Anti-gay bill: Our numbers have reduced from 15 to 8, NPP MPs asked to stay away — Dafeamekpor
No machinations will break ordained Alan as NPP choice for 2024 – Spokesperson
Don’t give literal meaning to Akufo-Addo’s response to Torbgui Fiti — NPP MP
Aflao E-block was 23% complete when NPP took over, it’s now 96% — MP
TOP STORIES

Take me to court, I will get the court to also overturn the ...
51 minutes ago

We’ve revamped TVET education in Ghana than any government –...
51 minutes ago