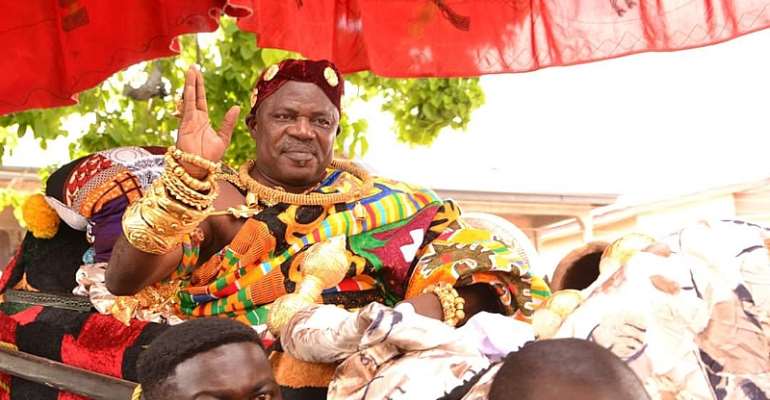 Ejurahene, Barima Osei Hwedie II, has prevented the Dagomba Chief in Ejura in the Ashanti Region from installing a Youth Chief (Mbrantehene) until there is consensus and peace among the people.

The move by the paramount chief is to forestall disturbance in Ejura Zongo as a faction has strongly kicked against the nominee to be installed as chief.

The Dagomba chief is reported to have ignored an earlier warning by the paramount chief and the Municipal Security Council (MUSEC) not to go ahead with the installation of the chief much to the shock of the Ejura Traditional Council.

A meeting was attended by the Ejura Traditional Council, MUSEC, Dagomba Chief held on Friday over the Ejura Zongo chieftaincy issue, during which the Dagomba Chief was warned not to install any chief in order not to further threaten the peace in the area.

Nana Osei Kwadwo Ansebie II Nifahene of Ejura Traditional Council who spoke on behalf of Barima Osei Hwedie II Ejurahene said it has been made clear that the installation of the chief was suspended until further notice.

“The Otumfuo has no Youth Chief, Mamponghene also has no Youth Chief and same with Ejura. The Ejurahene has stated that because the installing of a youth chief often causes chaos the installation must be suspended to prevent any disturbance in the area. Ejurahene will deal ruthlessly with anyone who calls himself a youth chief in the town until such a time that he deems fit for the youth chief to be installed,” Nana Osei Kwadwo Ansebie II stated.

The Mampong Divisional Police Commander, Chief Supt. Kwaku Amoako advised the youth not to put the law into their own hands and engage in criminal activities.

He further advised them not to allow themselves to be used by certain people for their parochial interest.

Latest Photo Reports
Catch up with all the political quotes from our politicians.
Advertise here
More Headlines
ModernGhana Links
Nana Dope and Gangee arrested over Shatta Wale's false alarm
Bagbin admonishes ECOWAS Parliament to work towards promoting peace, stability in member states
Government bows to pressure; suspends ‘No Ghana Card, No Salary’ directive
Bagbin charges ECOWAS to find ways to discourage future coups in member states
I'm disappointed in the 18 professors, lawyers supporting LGBTQI+ — Reverend Lawrence Tetteh
Akufo-Addo is the Moses of our time – Twifo Hemang Chief
Its mind-boggling how NDC has the audacity to accuse my government of economic mismanagement — Akufo-Addo
Volta Region will get its share of the national cake when NDC comes to power — Mahama
Spio sues Wontumi for calling him a thief
TOP STORIES

Your dictatorial, political bloodshed will be responded, we ...
25 minutes ago