NGO calls for inclusion of medical examination for rape, defilement victims in NHIS 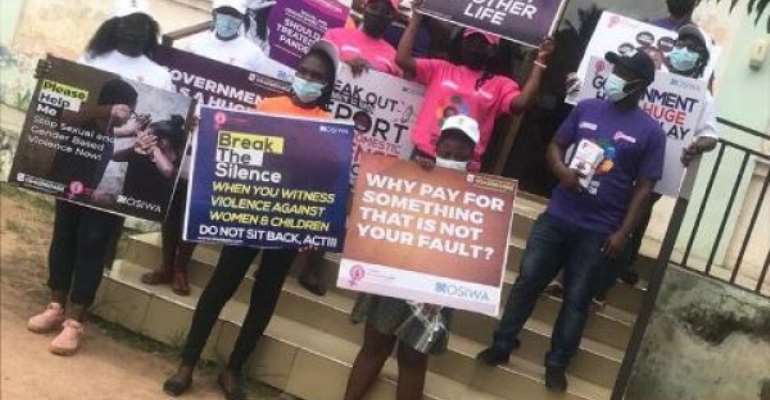 Madam Marina Carmen Kelly, the Executive Director of Anyidado for Vulnerable Women and Children, a non-governmental organization has called on the government to include medical examinations for rape and defilement victims in the National Health Insurance Scheme (NHIS).

She said the fees for medical examination had become a major challenge to the victims who could not afford it after going through the ordeal of rape and defilement.

Madam Carmen Kelly made the call in an interview with the Ghana News Agency after organizing a street campaign at Amasaman in the Ga West Municipality of the Greater Accra Region against sexual and gender-based violence.

The campaign was on the theme: “The Rights and Wellbeing of Vulnerable Women and Children.”

She said as a survivor of domestic violence she felt that there was a need to create awareness of the harm being meted out to women and children and to encourage them to be bold to come out to tell their own stories without shame or fear.

“We want the world to know that domestic violence is a crime and the voices of the survivors must be heard,” Madam Carmen Kelly said.

The Executive Director urged victims of sexual harassment and intimidation to report for protection.

She said currently 16 rape cases, 32 defilement cases, and 19 domestic violence cases were pending at the Amasaman Department of Social Welfare and Community Department.

Mr Jonathan Tanko Dabre, the Head of the Amasaman Department of Social Welfare commended the Anyidado for Vulnerable Women and Children for organizing the campaign and the Open Society Initiative for West Africa for supporting the programme.