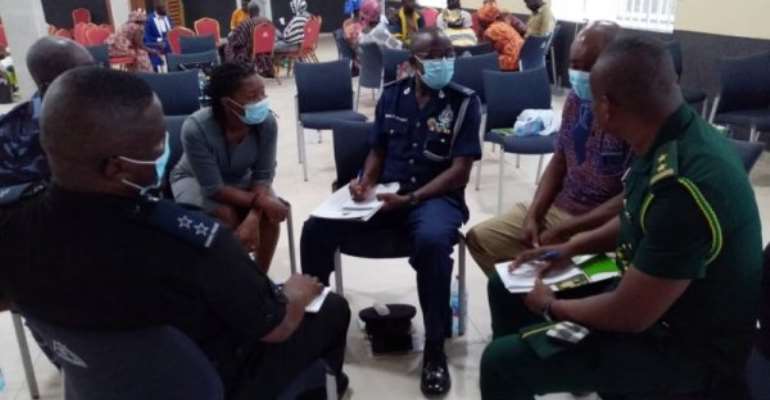 The Upper East Regional Peace Council has organised a training to build the capacities of security personnel and stakeholders in the Bawku West District, on prevention of violent extremism.

It is part of efforts to promote sustainable peace for national development.

The three-day workshop is aimed at creating awareness about the risks and vulnerabilities of border communities to violent extremism and the roles of stakeholders in preventing it.

Speaking at the event in Zebilla, the District capital, Mr Ali Anankpieng, the Upper East Regional Peace Council Executive Secretary, said the objective of the programme was crucial to the sustainability of peace and tranquillity in the country.

Mr Anankpieng said although Ghana was recognized as a beacon of peace, that peace was threatened by the rising land and chieftaincy conflicts, violent crime and the increasing cases of political vigilantism.

He said increased acts of violent extremism in the neighbouring countries also threatened Ghana's peace and border communities that were the most vulnerable.

He said it was therefore imperative to enhance the knowledge of border communities and security agencies in peace building and early warning signs as preventive approaches to violent extremism.

The Executive Secretary said the Peace Council was committed to sustaining peace in Ghana and called on citizens to support the course.

The programme is sponsored by the United Nations Development Programme (UNDP), Government of the Netherlands and Government of Sweden.