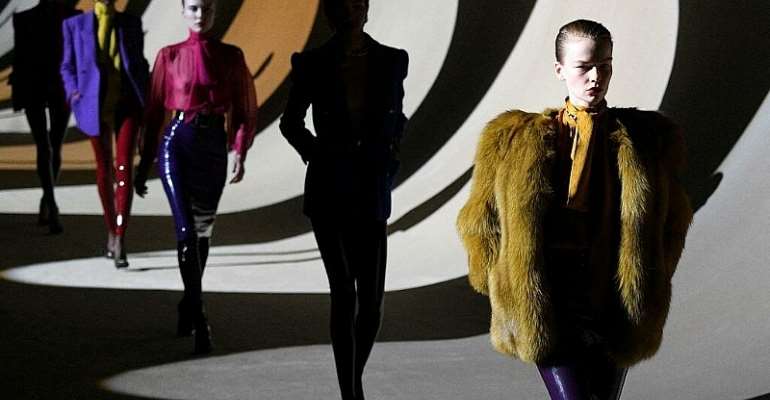 French luxury fashion brand Yves Saint Laurent will stop using fur from its Fall 2022 collections, its parent company Kering said on Friday, joining a growing list of global companies such as Gucci, its precursor in 2017.

"The world has changed, along with our clients, and luxury naturally needs to adapt to that," Kering CEO François-Henri Pinault said in a statement.

The Kering group would be entirely fur-free from the Fall 2022 collections. Within the group, Gucci was the first to drop fur in 2017, followed by Balenciaga, Bottega Veneta and Alexander McQueen.

On Friday, among the fur items still available in Saint Laurent's webstore were a rabbit coat priced at 5,500 euros, a sleeveless fox vest for the same price, and a pair of mink mules for 995 euros.

"We believe that killing animals not to eat them but only for their fur doesn't correspond to modern luxury, which must be ethical, in sync with its times and the questions of our societies," Marie-Claire Daveu, head of sustainable development at Kering, told French news agency AFP.

Animal rights groups have long lobbied the global fashion industry to give up fur and several, including Versace, Chanel and Michael Kors, had already stopped using it.

People for the Ethical Treatment of Animals (PETA) took the lead in protesting against Saint Laurent, demonstrating outside its store in the fashionable Avenue Montaigne in Paris this year after supermodel Kate Moss appeared in an advertising campaign for the brand wearing a fox coat.

"There is nothing glamorous about fur," PETA told Saint Laurent.

LVMH, the world's largest luxury group and Kering rival, meanwhile told AFP that it continued to allow its brands to meet customer demands for fur products.

These were being made "in the most ethical and responsible way possible", LVMH said, adding that it had banned all fur from endangered species.

According to PETA, 85 percent of fur sold in the world originates from animals who live their entire lives in captivity, often in conditions "of misery" and "extreme suffering".

They are usually killed by poison gas, electrocution or beaten to death with clubs, it said.

The international fur trade is estimated to be worth several tens of billions of dollars annually, employing around one million people worldwide.