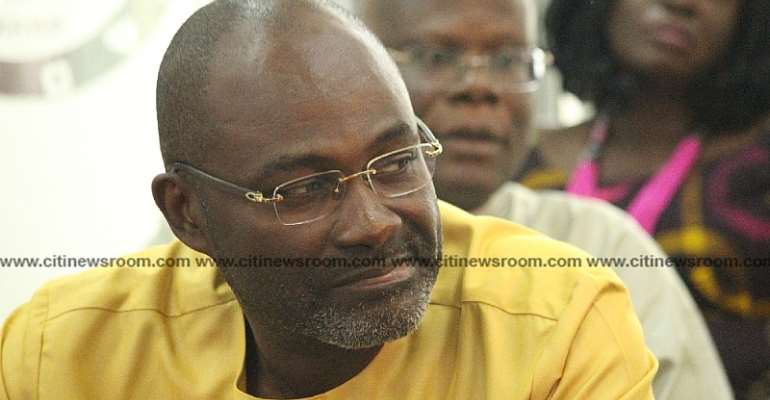 Kevin Ekow Baidoo Taylor is a Ghanaian native residing in the United States of America. His current nationality is totally irrelevant at this point in time and in regard to this publication. He is a self-made vociferous social media journalist.

Kevin Taylor by his numerously published video dissemination of information is indisputably an insane fanatic of the National Democratic Congress (NDC). He is also an ardent supporter of former President John Dramani Mahama, alias “Mr Dead Goat”. He is alleged to be on the payroll of former President John Dramani Mahama, charged with doing his dirty and irresponsible populist political work and propaganda for him and the NDC in the hope of courting the Ghanaian public disaffection for the New Patriotic Party (NPP) and President Nana Addo Dankwa Akufo-Addo.

He adores attacking and tarnishing the image of those he sees to be affiliated with the NPP, or are members of the NPP. He does so with, or without proven evidence.

By his preposterous infatuation with defaming the big persons in the NPP as a party and government to pave way for the NDC to recapture political power in Ghana, this unrefined loquacious “too knowing” Kevin Taylor has now bitten more than he can chew. He has for the past few years constantly been publishing videos on the social media from his probably dungeon in the USA, accusing the sitting Member of Parliament for Assin Central Constituency in the Central region, Kennedy Agyapong (Hon), of murdering the late NPP MP Joseph Boakye Danquah and investigative journalist Ahmed Suale of the Tiger Eye.

Kennedy has finally resolutely determined to get the long arm of the American justice to reach Kevin Taylor wherever he is hiding in the USA, to come out to prove his allegations of murder against him. Kevin may have all the while been thinking since he lives in America, far away from Ghana, he can falsely accuse and defame the political rivals of his paymasters with impunity. Little did he know that Kennedy, the champion of justice for the voiceless in Ghana, renowned philanthropist and a person with aversion to corruption of all shapes and forms, will arrange to get him hooked and spiked by the American justice system.

Now that Kennedy Agyapong (Hon) has done all the necessary to have Kevin Taylor face justice in America to prove his seemingly slanderous allegations of murder against him (Kennedy), he should never loosen the legal noose closing up on the neck of Kevin Taylor regardless of any last minute prodding on him by whomever to temper justice with mercy. He should let justice take its full course to prove whether or not he has a hand in the death of J. B. Danquah and Ahmed Suale as alleged numerous times on social media by Kevin Taylor.

Good name is better than riches, so an adage goes. Therefore, Kennedy must seek to protect his good name which is being trampled upon by Kevin Taylor all in the name of politics aimed at bringing the known corrupt NDC party back to power. Should Kennedy let go his suit against Kevin, then he must have himself to blame if the aftermath becomes more unbearable and dehumanising for him.

It is said, when an animal is entrapped, its cries are different from when it gets released from its entrapment. He should therefore not have pity on Kevin Taylor until he, Kennedy, has been able to prove to the world through the American justice system that all the accusations levelled against him by Kevin Taylor are pure falsehoods termed as “political talks” by the late NDC guru Ama Benyewa Doe.

Whatever the outcome of the suit against Kevin Taylor is, if really Kennedy will sue him for defamation, it will prove to others that you cannot hide anywhere in the world to tell lies about others without justice ever catching up with you. People will think twice if they should embark on tarnishing the reputation of decent persons all for their parochial political interests.

The suit is giving Kevin Taylor the proper channel to prove his allegations of murder against Kennedy Agyapong (Hon).

To save his reputation and that of his colleagues in the NPP who are wrongly being defamed, he is strongly advised not to let go his suit against Kevin Taylor until the final declaration of verdict by the American justice system. Should Kennedy let drop his intended lawsuit against Kevin Taylor for any reasons bordering on pleadings on behalf of Kevin by whomever, Kennedy must see himself as doomed forever at the hands of Kevin. He will come out stronger to fabricate all sorts and manner of accusations against him and the public will believe him.

Let me sum up the import of this publication to Kennedy Agyapong (Hon) on one hand and Kevin Taylor and his ilk on another with quotes from the bible.

Matthew 12:43-45: “When an unclean spirit goes out of a man, he goes through dry places, seeking rest, and finds none. Then he says, ‘I will return to my house from which I came.’ And when he comes, he finds it empty, swept, and put in order. Then he goes and takes with him seven other spirits more wicked than himself, and they enter and dwell there; and the last state of that man is worse than the first.…”

Proverbs 17:13 – “Evil will never leave the house of one who pays back evil for good”