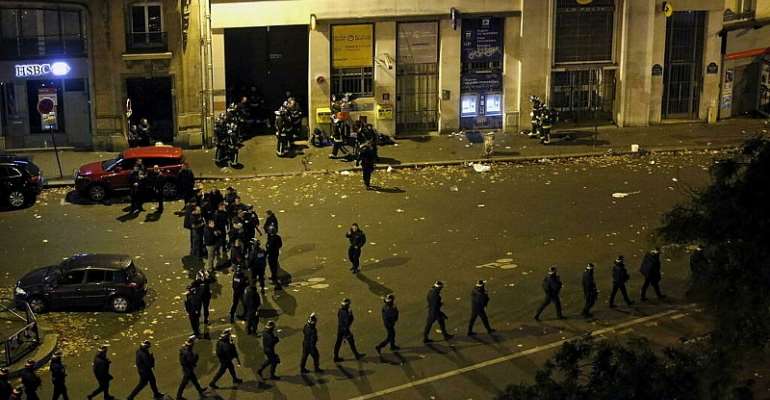 The third week of the trial of those accused of involvement in the November 2015 massacre of 130 people in Paris came to an end with three very different reports from expert witnesses. The themes were DNA, explosions and Islamic State propaganda.

A police officer showed the court how to make a bomb.

It's not difficult, all the ingredients and equipment are easily available. "Anyone can do it," the tribunal was told. That information was greeted with nervous laughter.

It is extremely risky. So risky, in fact, that the experts at the French police explosives lab have done very little research into TATP or triacetone triperoxide, the explosive used by the November 2015 killers. It is simply too dangerous.

The police bomb squad systematically refuse to transport any object suspected of containing TATP, preferring to neutralise the notoriously unstable mixture on the spot. The best thing to do is soak it in water, since the explosive quality of triacetone triperoxide declines rapidly if the crystals become damp.

TATP was found in the unexploded suicide vest recovered from the Bataclan, in an abandoned vest recovered from a waste bin in Montrouge, and in the front half of Brahim Abdeslam's vest, which failed to detonate when he killed himself in a crowded Paris bar. Traces of the explosive were found on all the other vest fragments recovered.

The man who told us this is Bruno Vanlerberghe, head of the explosives division of the central police laboratory in Paris.

Similarities between the vests used
He examined the evidence recovered by police investigators at the various attack sites, and concluded that, in the light of similarities between the wires, batteries and detonators used in each case, all eight jackets associated with the Paris attacks had been made in the same design, if not necessarily by the same individual.

"There are similarities between the devices," he told the court, "but also small differences." Those differences involved the plastic used to wrap the explosive powder, the adhesive tape sealing the packages of TATP, and the makes of battery chosen.

The most consistent shared feature of the vests were the packets of steel bolts, 3.5 kilos of them in each device-- a total of 700 projectiles carefully taped down front and back to be dispersed by the explosion, maximising injury to anyone caught by the blast.

Asked if he could explain why only the back section of Brahim Abdeslam's vest exploded, Bruno Vanlerberghe suggested either an electrical fault which would have broken the circuit between the battery and the detonator, or the failure of the detonator to ignite.

The minute world of DNA
The DNA evidence was presented by Doctor Olivier Pascal, Director of the French Institute of Genetic Markers.

This soft-spoken, avuncular gentleman was quietly proud of the work done by his team of researchers in identifying some of the attackers, and in linking individual suspects to genetic material found in the three cars, the weapons and the hide-outs associated with the attacks.

He explained the work of genetic analysis as the comparison of chemical sequences taken from human cells.

Pascal's group were able to identify Foued Aggad on the basis of the tiny amount of DNA retrieved from a fingerprint left months earlier on an official document.

"That had never been done before," Doctor Pascal informed the court. "All the rest was routine genetic analysis."

Islamic State and the propaganda war
The day's evidence concluded with a report from an anonymous anti-terrorist policeman on the efforts by Islamic State's extremely sophisticated propaganda wing to maximise the impact of the Paris attacks.

The trial continues with the testimony of those injured by the killers. That is expected to last at least five weeks. There is already a waiting-list with the names of 60 other people who wish to testify.