Tema port workers on rampage over death of colleague 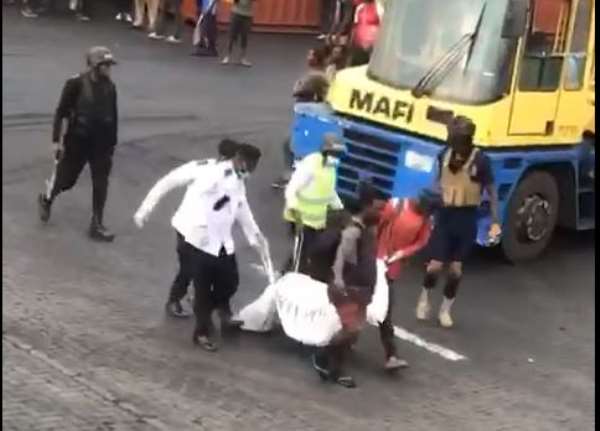 There was chaos on yesterday evening at the Tema Port following the death of a worker at the transit yard (Depot 10 – Burkina Yard) of the port.

According to an eyewitness, the deceased, while working on a container fell and landed on his head, dying instantly.

However, after several calls from colleagues for an ambulance, no ambulance was dispatched to covey the body to the mortuary.

The eyewitness, in an interview with Citi News said colleagues began a protest over the development especially as they have consistently informed management about the need for a standby ambulance in the yard due to the high risk involved in the work there.

“That section is a thin line between life and death and there must be an ambulance parked 24/7 so that when an incident like this happens, the ambulance can convey the person. We've talked about this issue about ambulance but all fell on deaf ears. The workers were angry because the ambulance didn't show up,” he said.

Mr. Ayitey said in the course of the protest, some armed police officers came in and began firing into the protestors, injuring some of them in the process, including one person who was hit in the eye, mostly with rubber bullets.

“Management called for police and when they came, the shot into the crowd. They were about six officers. They were shooting directly at the crowd. One person had his eye shot and the other, the back.”

Meanwhile, the situation at the port is said to have normalized, but soldiers have been invited to monitor and guard the port and its infrastructure.