The Ndc And The Otokunor Factor 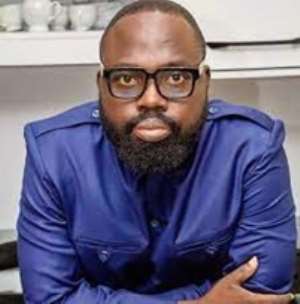 The National Democratic Congress after the recent 2020 elections is getting ready to reorganize its party base for election 2024. Reorganization involves the elections of branch, constituency, regional and national executives. This process will shape the future and the progress of the NDC. Political watchers are engaged in leadership forecasts and have argued that, the caliber of persons likely to lead the NDC will largely determine the success of the NDC in the next general election.

A careful study of the current NDC leadership and a possible emergence of an order of a more vibrant and energetic combination of leadership makes the Office of the General Secretary an important office to watch especially considering the news that General Mosquito is not in contest for that office and likely to contest for the Chairmanship.

The position of the General Secretary becomes most critical to the success and forward march of the NDC because the occupant of the position becomes the Chief Strategist, Chief Administrator, Chief Field Operator, Chief Spokesperson and Chief Executive Officer of the party.

The search for an officer with all the skills and abilities for a major political party like NDC, would have been daunting one until the emergency on one great young brilliant, intelligent, energetic, brave, courageous, affable, strategic, committed, dedicated and selfless appeared on the scene as Deputy General Secretary. His service under General Mosquito has been exceptionally great with significant successes leading most of the operations ahead of the 2020 elections, his dexterity and the efficiency he brought on board the team cannot be over emphasized.

Indeed, I am heavily convinced just as a number of party faithfuls mostly young people who share my sentiments that Dr. Peter Boamah Otokunor, the Deputy General Secretary in charge of operations an astute politician, with massive grassroots appeal, and enormous academic and intellectual power would be best placed to take the office of the General Secretary position.

Dr. Boamah Otokunor communicates in the language of the masses, particularly the NDC grassroots, he represents bridge between the old order and the new order, he also represents a bridge between the middle class and the masses, he inspires hope for the young political generation. The next NDC leadership needs a scribe who will consolidate the gains achieved by its current General Secretary and engender greater teamwork that unites the front of the party leadership. The NDC going into the next election, more than ever needs purposeful, resolute, brave, smart, strategic and an action-oriented leadership, to reposition, rebrand and give the collective effort of the party true effect for victory in 2024.

I consider his youthfulness as the greatest asset to the NDC, since it provides room for efficiency, consistency, delivery and above all a massive pillar around which young people who have currently become the biggest problem for the NDC can gravitate.

There is a plethora of evidences of how young leaders have changed the narrative of political leadership across the world, for example Matamela Cyril Ramaphosa, the South African President, became the ANC General Secretary at age 38 year and changed the fortunes of the ANC till date. In Ghana the NPPs Dan Botwe who brought the NPP from several years in opposition became a General Secretary at 38years old. Indeed, our own forebear H.E Ft. Lt. Jerry John Rawlings became Head of State at age 32 years and lead a stable military regime for 11 years before safely transiting our nation back to military. There is plethora of examples of young leaders who have made nonsense of the age argument of Dr. Otokunor’s opponents rendering impetus to the biblical saying that the “wisdom of Solomon had nothing to do with the age of methuselah”

Peter is a generational thinker, administrator par excellence and a people’s leader not the people boss. His selfless and people-centred leadership style and activism embodies the true meaning of the NDCs of the center-left social democratic philosophy. Indeed, all across the world many young people are seen taking strategic leadership roles to accelerate the course of positive social change that targets basic human development.

He also served the NDC as a two-term member of the NDC National Elections Directorate, a Senior Member of the NDC Communication Team, a two-term member of the Manifesto Committee and a Secretary to the 2016 Manifesto Committee. What defines him is his loyalty, dedication, commitment and resilience in his service to the grassroots of the party and his unusually ability to learn with supersonic speed. He is simply a shark brain.

As many may not be aware, Peter is an Agricultural Economist, an Economic Policy Expert, a Researcher and an astute politician who has acquitted himself creditably in the service of his party and nation. He is currently a candidate for a PhD degree in Agricultural Economics and policy from the University of Ghana and holds a PhD degree in Finance from Swiss Management Centre (online), an Honorary Doctorate of Philosophy in Executive Leadership and Business from the New England University - USA, a Diploma in Youth Development from the International Training Centre of ILO, Turin – Italy, a Master of Arts degree in Economic Policy Management and a Bsc. Degree in Agriculture from the University of Ghana – Legon.

As a Political Analyst, I would encourage him to seek the position of the General Secretary when NDC opens nominations for the election of National Executives because he has all the needed credentials to be the Chief Scribe of the NDC.

He should remain calm, stay focused and committed to his course of serving the NDC.