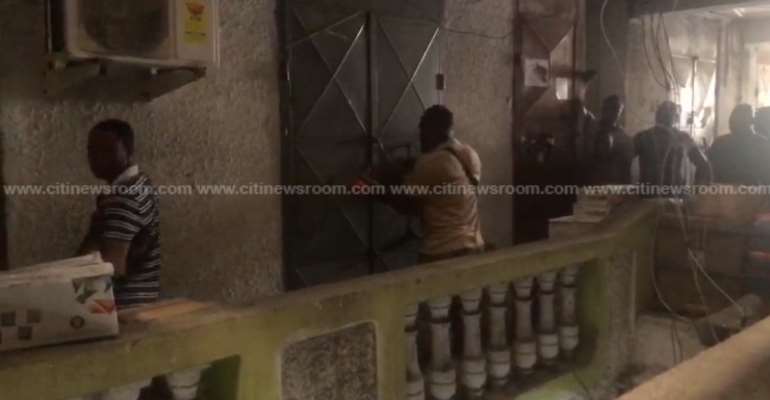 Some Nigerian traders who deal in electrical wares at Opera Square have opened their shops after they were locked up by members of the Ghana Union of Traders Association (GUTA).

Some traders were seen on Friday using mallets and chisels to pry open the doors of their locked shops.

They described the lock-up of their shops as unlawful.

This action follows the locking up of over 40 shops belonging to foreigners engaging in retail trading in Koforidua in the Eastern Region by members of GUTA in that region.

“They came and locked the shops and went in for welders to weld the door to prevent us from accessing the shops,” one shopkeeper said to Citi News.

Another shop owner said he was only concerned with de-escalating the situation and initially urged his workers to comply with GUTA.

“I told them don’t fight anybody, just close the shops,” he said.

Tensions between GUTA and foreign traders have been flaring up because of restrictions on foreigners engaging in retail trade in Ghana.

There is a $1 million minimum capital requirement for foreigners doing business in Ghana, which foreign traders have raised issues with.

These have led to the establishment of a Joint Implementation Taskforce between GUTA and the Nigeria Union of Traders Association, Ghana (NUTAG) to mediate the issues.

Last week, GUTA warned that it would resume locking up shops of foreigners because of stalled negotiations under the Joint Implementation Taskforce.