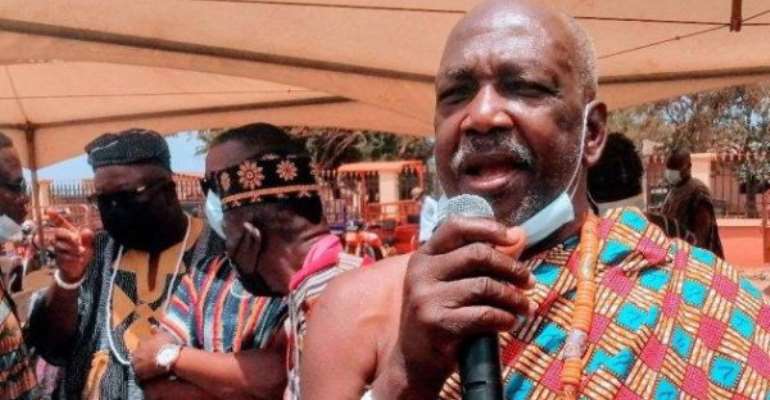 Nii Tetteh Otu II, Paramount Chief of the Kpone Traditional Area, has raised concerns about the increasing rate of youth engaged in skin bleaching, which according to health practitioners constitute one of the top five out-patient cases in most hospitals in Ghana.

Nii Out II noted that any form of unprofessional tampering with the skin can caused skin disorders and compromise one's beauty, which would eventually lead to withdrawal from society by the person involved.

The Kpone Paramount Chief in an interview with the Ghana News Agency in Kpone, expressed concern that an increasing quest for beauty created a situation where many people engage in lengthy daily rituals to ensure that they achieved what they considered to be a perfect shade of compression.

Nii Out II noted that, many youths including both males and females, within the communities were engaged in skin bleaching oblivious of the possible dangers associated with the act.

He explained that for some students who engaged in the act, the initiation was from their parents or they imitated their parents at home. “They seem unaware or unafraid of the dangers associated with the sustained use of this practice,” he added.

The Kpone Paramount chief added that, parents should discourage their children from engaging in such acts, saying it had the tendency of causing damages to their skin.

He said sadly some of these people unable to afford sophisticated creams and soap, create their own home-made preparations, which was dangerous to the skin.

According to the Kpone Chief, the Food and Drug Authority (FDA) must at all times investigate the efficacy of cosmetic products before they were allowed onto the markets.

Nii Otu II mentioned that producers of cosmetic products used different chemicals, which could be harmful to the human body, adding that, effects of Skin bleaching could be dire, since most people suffered from skin cancers and other skin related defections.

Nii Out II urged people to consider their skins as valuable assets and treat them with all the needed attention they deserved, to avoid skin diseases, which could also affect other organs of their bodies.

Skin bleaching, experts say, come with hazardous health consequences. The dangers resulting from the use of toxic compounds for skin bleaching include blood cancers such as leukaemia, and cancers of the liver and kidneys. Severe skin conditions can also occur.

Some bleachers use illegal ointments containing toxins like mercury, a metal that blocks production of melanin, which gives the skin its colour, but it can also be toxic.

Nii Out II therefore called on the Kpone-Katamanso Municipal Education Directorate to as a matter of urgency put in measures to curb the menace in the various school within the Kpone community.

In his response, Mr Evans Harry Arthur, Kpone Katamanso Municipal Education Director, told the Ghana News Agency that cases would be investigated to ascertain the veracity or other wise of the claims.

He added that, when confirmed such students would be counsel and made to know the dangers that came with skin bleaching.