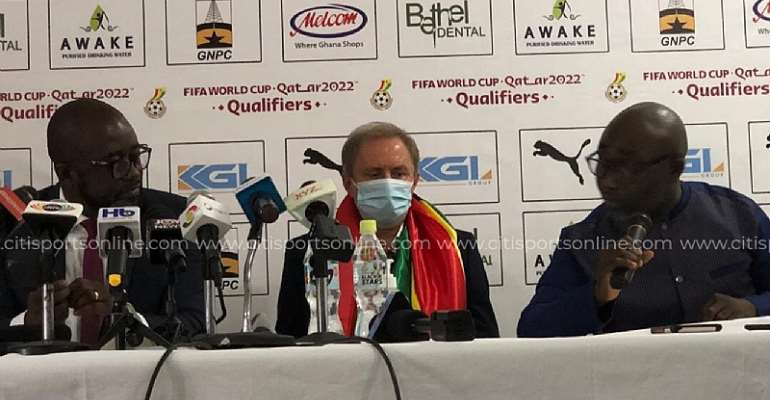 Serbian trainer, Milovan Rajevac has been named as the new head coach of the Black Stars again.

This is the second time the Serbian has been given the nod to lead the Black Stars of Ghana, having initially been appointed in 2008, succeeding French manager, Claude Le Roy.

After the dismissal of Charles Kwablan Akonnor on September 14, 2021, a three-member committee was appointed and tasked to find the country a new manager, with a number of names suggested.

The committee settled on Milovan who has been handed a one-year deal with an option for a further year if he qualifies the Black Stars to the World Cup. He will earn $30K every month.

Rajevac will be assisted by Dortmund assistant coach Otto Addo and Maxwell Konadu.

Richard Kingson has also been reappointed as the new goalkeepers’ trainer.

“The new technical team will have a head coach with two assistants. Both assistants are Ghanaian.”

The 67-year-old Serbian was previously in charge of the Ghana national team, leading them to the CHAN final in 2009, the AFCON final in 2010 and the quarter-finals of the 2010 FIFA World Cup.

In his first stint, he led the team in 28 games, winning 12, losing 11 and drawing 5 during his two-year stint in Ghana.

His immediate task will be defeat Zimbabwe in the double-header in the World Cup qualifiers and subsequently qualify the team to the World Cup in 2022.