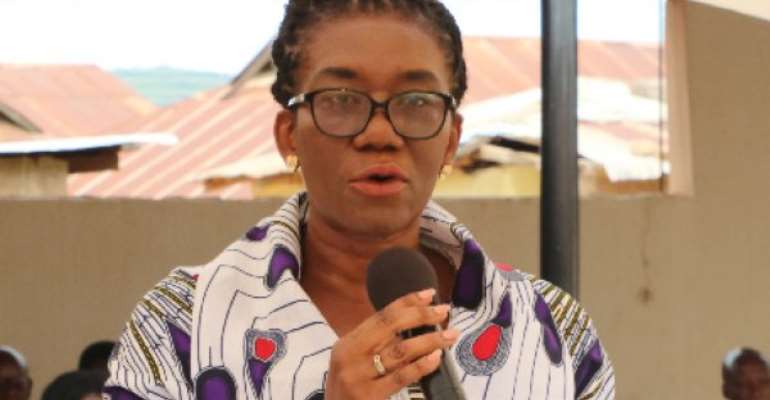 Dr Leticia Appiah, the Executive Director of the National Population Council (NPC), has called for a policy to address concerns of uncompleted structures in the country.

Dr Appiah said such abandoned structures served as hiding places for criminal activities and must not be encouraged.

The Executive Director made the call on Thursday in an interview with the Ghana News Agency in Accra on the country's provisional population figures released by the Ghana Statistical Service (GSS) on Wednesday September 22, 2021.

The population change, according to the report was driven by three processes-fertility, mortality and migration.

From the provisional figures, 10,661,421 structures were counted during the listing, out of which 8,547,391, representing 80.2 per cent were fully completed - roofed with windows and doors fixed.

It said 12 per cent of structures were metal containers, wooden structures or kiosks.

About 7.7 per cent structures were with no form of completion.

Dr Appiah noted that most uncompleted structures were unkept, serving as places of convenience for some people and breeding grounds for insects and reptiles, stressing, a regulation was needed to make communities beautiful.

She said the use of metal containers and wooden structures as residential apartments posed serious environmental and sanitation issues and must not be allowed.

The Executive Director said the figures on the structures would provide Government with the data to aid effective planning and decision making.

She said the country's growth rate of 2.1 per cent was good and beckoned "deeper investments".

She commended the GSS for the data, describing the figures as “a laboratory result” of the country with all the needed features of a population.

The 2021 Census was the country's first fully digital exercise, which employed technology in all aspects of its implementation.

It leveraged technology available to improve operational efficiency, enhanced the quality of data collected and promoted timely release of results.

The 2021 PHC counted and collected detailed information on all persons that spent the Census Night - Sunday 27th June 2021 -in the country.

The initial enumeration period was from June 27 to July 11, 2021, with a mop-up period, first for one week and subsequently extended to August 15 in some areas with challenges.

Prior to the Census Night, the listing of structures took place between 13th and 25th June, 2021.

It provided important information to support evidence-based implementation of the national development agenda and support the tracking of achievements of the Sustainable Development Goals and Agenda 2063 of the African Union.

I'm sorry, was running away from a prophecy that I'll be sho...
4 minutes ago