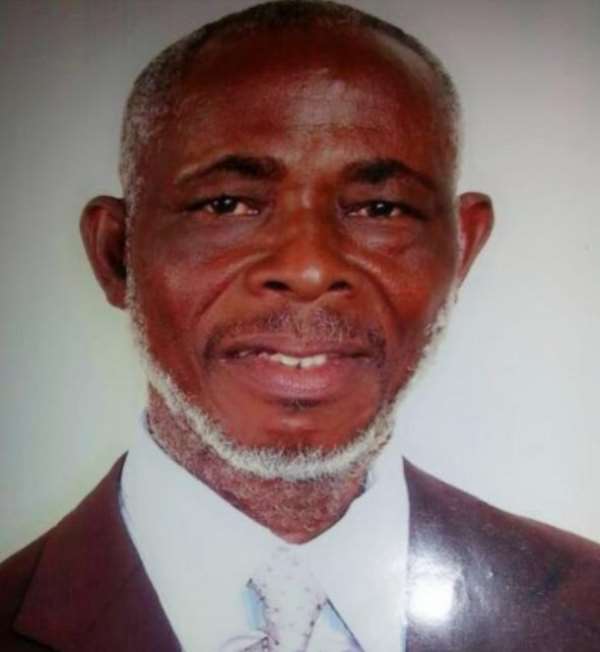 Founder and leader of the Soldiers Of Christ Prayer Group Of All Churches located at Kumasi Aboahyia in the Ashanti Region, Apostle Dr Airl Dirl King Marshal has disclosed that the recent arrest of Reverend Isaac Owusu Bempah by the Greater Accra Regional Police Command was bound to happen.

According to the man of God, he prophesied in 2017 that the founder and leader of the Accra Odokor-based Glorious Word Power Ministry International Rev. Owusu Bempah would be arrested and prosecuted.

Speaking to this correspondent in an interview, Apostle Marshal said he on several occasions admonishes Rev Owusu Bempah to be cautious of his prophecies since most of them were seen to be false.

To justify his claim, Apostle indicated that he organises press conferences to declare the revelations God gave him about Rev Owusu Bempah's Ministry and what will happen to him in the future.

King Marshal added that he on several occasions extended invitations to meet Owusu Bempah for both radio and television debate Rev Owusu Bempah's prophecies with scriptural prove but to no avail.

Apostle Marshal noted that even though prophecy does exist since creation, yet the scripture also speaks about false prophets who would surface and use the Bible as a cover to prophesy and perform wonders to deceive innocent souls in the end time of the world.

Apostle King Marshal explained that he has no personal issue with Rev Owusu Bempah however, as a man of God, he cannot afford to keep it secret what God has revealed to him about Owusu Bempah.

According to him, his suspicion about Owusu Bempah's Ministry heightened, when the man of God allegedly came out in 2017 to display in public including horns of cattle, anointing oils and bunch of keys as materials that can be used to fortify and empower people who occupy top positions in government.

Apostle Marshal indicated that it was against that background that God once again prophesied to him to advise Rev Owusu Bempah about his attitude or risk been arrested by the police in the future and disgraced.

According to him, what happened to Rev Owusu Bempah on September 12, 2021, at his church premises leading to his arrest never speaks well of a man of God.

"If Rev Owusu Bempah' claims that he is a great man of prophecies are true, why did he not avert the incident and arrest which led to his alleged humiliation through prayers?" Apostle Marshal stated.

Apostle Dr Airl Dirl King Marshal therefore urged Ghanaians to stay focused, use Owusu Bempah's case as a point to learn lessons and draw lines between false and genuine men of God in order not to go astray in their Christian faith.