My vision to become President is a divine call to deliver Ghanaians from wicked NPP, NDC — RPP leader 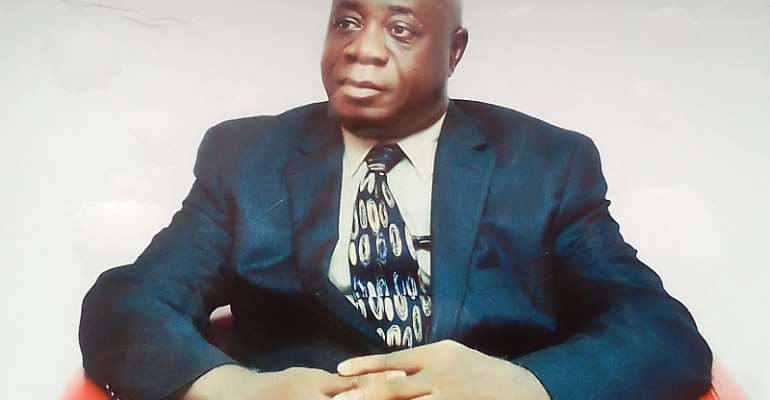 Founder and leader of the Risen People’s Party [RPP] Bishop Dr. James AKwasi Oppong says his party is destined to win the 2024 general elections to deliver Ghanaians from hardship.

The RPP leader claims, his vision to become the next president of Ghana is a divine call Ghanaians must believe and accept.

“My vision to become president of Ghana is a divine call,” Bishop James Akwasi Oppong told the media in an interview on Sunday, September 19, 2021, during the maiden edition of the party’s delegates congress held at the Treasure Land Hotel located at Ayigya near the Kwame Nkrumah University of Science and Technology in Kumasi in the Ashanti Region.

According to him, God has called upon him to save Ghanaians from what he described as wicked "politicians from the NPP and NDC."

He said the two leading political parties (NPP/NDC) have rendered Ghanaians impoverished and unbearable hardships after giving them the opportunity to lead the country.

“We’re not going to sit down for wicked politicians to collapse this country. We’re rising to save the nation from the wicked politicians since God has a vision for this nation towards economic revival and freedom," Bishop James Kwasi Oppong stated.

He added that RPP is the only political party that can change the fate of the country, "because we have come with the truth from God to challenge other political parties to take power from them.”

The RPP leader further pointed out that, “with God on our side we’re going to win hands down in 2024.”

The Risen People’s Party [RPP] was formed in Kumasi, the Ashanti Regional capital by Bishop James Kwasi Oppong, a businessman, also CEO of Solid FM, in the middle of 2020 to contest in the general elections.

However, the party could not meet the Electoral Commission of Ghana's (EC) requirements to join the race.

The party looks forward to electing or appointing its national and regional executives and further opening its membership to all interested Ghanaians who believe in truth, justice and transparency to come on board and register.