'The Woman Called She' reaches out to Princess Marie Children's Hospital 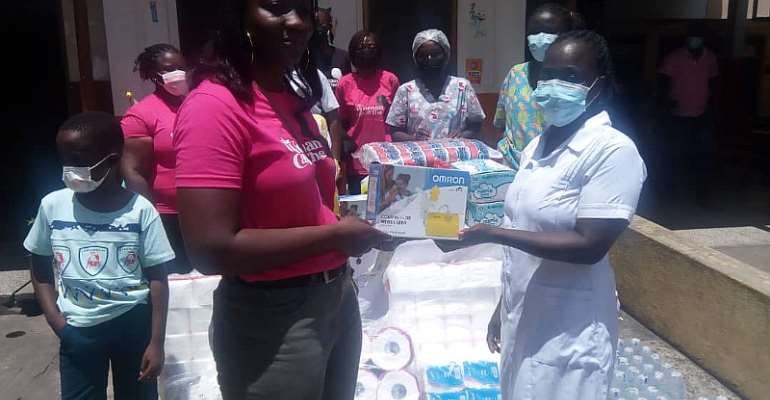 'The Woman Called She', a philanthropic organisation that supports women and children in need across the country has supported the various unit of the children's hospital with a number of items.

Speaking on the rationale for the donations, Else Boateng, the Executive Secretary of the Woman Called She organisation said, the children's hospital and most especially the maternity ward is the place where lives are brought onto the earth.

"Today’s donation is our small contribution to the hospital so mothers will be able to observe some good hygiene with their children," she stated.

According to her, the children's hospital wards form an integral part of the hospital and aligns with the organisation's core to quality life, values and standards.

The Woman Called She believes that showing love to the hospital and the children can foster a healthy society to nursing mothers and their babies.

Madam Else Boateng added that aside their philanthropic projects the group believes in giving to women and children who constitute a greater fraction of the vulnerable in society and a focal point in various projects they've had the privilege to embark on.

Receiving the donations on behalf of the administrator of the hospital, Madam Abigail Simpey expressed gratitude to the Woman Called She organisation for the kind gesture.

She said the items came at the time the hospital needed it most for the mothers and their kids.

Madam Simpey believes the items will go a long way to support the smooth operation of the hospital and the maternity wards especially.