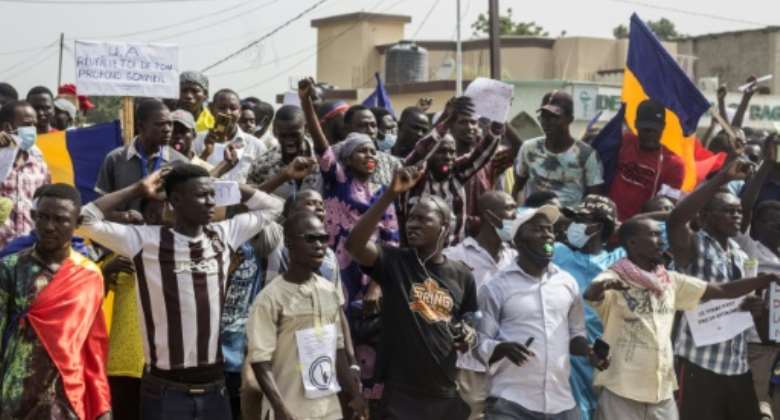 Cherif Mahamat Zene said "external interference, wherever it comes from, poses a very serious problem for the stability and security of my country," when asked about Russia's Wagner Group.

He told AFP and Africa Confidential on the sidelines of the UN General Assembly in New York that every measure would be taken "to ensure" Chad is protected.

"There are Russian mercenaries present in Libya, who are also present in the Central African Republic," he said.

Zene said rebels who killed former president Idriss Deby Itno in fighting in April had been trained by the private security Wagner Group.

"We have reason to be concerned about the presence of these mercenaries," he said, adding though that Chad did not have proof that the mercenaries were in the country.

Zene said an attack on Chad near the Central African border on May 30 was "certainly backed" by the Russians.

"We have all the evidence of the presence of these Russians alongside the Central African forces and that concerns us," the minister added, saying Chad detected telephone communications between Wagner groups in CAR and Libya.

Moscow admits having deployed "instructors" to CAR but says they aren't active in fighting. Moscow insists there are no paramilitaries in Libya.

This week, France warned Mali that using the Wagner Group would isolate the country internationally after reports that Mali's army-dominated government was close to hiring 1,000 of the paramilitaries.

"I met my Malian colleague at the UN. He assured me that there was no government engagement with Wagner. We cannot prejudge something that does not exist," said Zene when asked about the reports.

Deby senior died aged 68 after more than three decades in office and on the cusp of winning a sixth term in office.