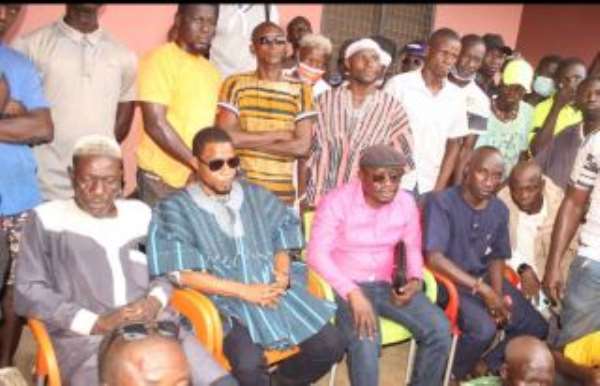 Retained District Chief Executive for North Gonja Assembly in the Savannah Region, Hon. Adam Eliasu aka Red Bawa, has called on the Paramount Chief for Wasipe Traditional area, Wasipewura Mumuni Anyame Kabasagya II and his sub-chiefs at the Wasipe Palace.

The visit afforded the renominated DCE the opportunity to pay glowing tribute to the chiefs and people of the District for their tremendous support and love.

At the palace, the nominee promised to work even harder to actualize the vision and manifesto of the President and government in the District.

Speaking to the media, Hon. Adam Eliasu, expressed gratitude to H.E President Akufo-Addo and the leadership of the NPP in the region for the confidence reposed in him once again to serve his people.

He also recounted the achievements of the Akufo Addo - Bawumia led government in the District since they assumed power in 2017.

En route to the Wasipe Palace led by motor riding and praise singing, activities in the District capital were brought to a halt in celebration and to also catch a glimpse of the retained DCE who residents say has served them diligently.