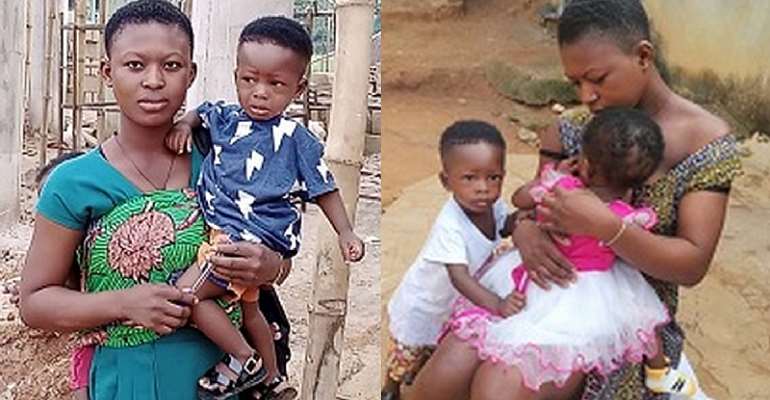 Following the broadcast on the Kumasi based OTEC FM about the plight of a 17-year-old mother of twins who defied the odds to report to school with her children for almost two consecutive years, some benevolent individuals have donated an amount of GH¢43,000 to the vulnerable Beatrice Agyei.

The orphan girl, a second year student of Offinso Namong Senior High Technical School in the Ashanti Region is also to get a one-bed room apartment from one of the listeners who was touched by the story.

The story which was reported by this reporter on Wednesday, July 14, 2021 on OTEC FM's morning show, 'Nyansapo' went viral prompting kind-hearted persons to come to the aid of the SHS two student.

The teenage orphan returned to school three months after giving birth to twins in 2020, defying the social stigma and stereotype to further her education.

After the broadcast, a committee was set up by the Headmistress of Namon Senior High Technical School Mrs Pearl Owusu tasked to receive all donations coming to the school girl.

A bank account was opened for the student and her children where all donations were kept for safekeeping and proper management.

Speaking during the official presentation of the money on September 17, 2021 the Headmistress of Namon Senior High Technical School Mrs Pearl Owusu disclosed the all financed one-bedroom apartment is currently at roof level, adding that it would be completed soon for Beatrice Agyei and her family to get a befitting place to sleep.

She disclosed that the one-bedroom apartment is being constructed by one Madam Charity and her husband Solomon Benson who were touched by the story.

The headmistress added that most of the people who moved forward to support the orphan were in awe of the girl's determination.

She noted that the committee has been directed to put in place measures to ensure the safety of the orphan girl and her Twins.

Beatrice Agyei was captured in a video babysitting her twin children in uniform at the school's campus at Offinso of the Ashanti Region.

In the video, the second year SHS student was spotted carrying one of her twins at her back, one in front while holding a school bag heading towards the school.

Upon follow up, OTEC News' Kwame Agyenim Boateng reported that the 17-year-old girl is an orphan, single mother who has been going to school with her two-year-old twins for the past eight months.

Narrating her story, Beatrice Agyei disclosed that she mistakenly got pregnant after the demise of her parents which exposed her to untold hardship.