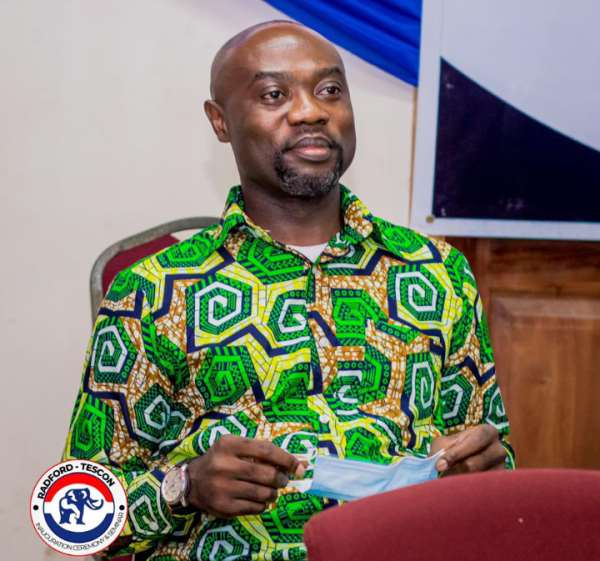 He however appealed to the failed MMDCEs aspirants to remain calm and supportive to the President and the party.

In his message, he said, "I wish to congratulate the President newly appointed MMDCE's nominees in the sixteen region's of the country and wish them the very best of luck as they await their confirmation.

"The role assigned to you is to help grow the local economies, which are expected to translate into better governance and provide basic amenities to the people of this country. To those who have not been appointed should continue to support the party and the government."

Mr. Armstrong urged the nominees to work hard to support the Akufo-Addo government to succeed in his second term to make breaking the 8 agenda easily for the NPP come 2024.

He appealed to them to ensure that peace and unity prevail in the party in their respective areas, as well as help the grassroots to realise their full potentials.

He entreated those who applied for the job but couldn't get the opportunity to remain loyal to the party and the President, but however assured they will soon be recognised by the appointing authority in other assigned roles.

Mr. Armstrong further appealed to Assemble members across the country to endorse the President's nominees to hit the grounds running in terms of development at the local level.

Latest Photo Reports
Catch up with all the political quotes from our politicians.
Advertise here
More NPP News
ModernGhana Links
It's either we change leadership in Ashanti or we forget 2024 — NPP Delegates advised
"Greater Accra NPP is poised to recapture all lost seats in 2024" — Chairman Divine
With TESCON, nothing can stop NPP from 'breaking the eight' – Kwadaso MP
NPP flagbearership: I’m experienced now, I will contest for flagbearer in 2023 – Boakye Agyarko
We lost 32 seats in 2020 election; let’s work extra hard to break the 8 – Boakye Agyarko
NPP’s boycott of 1992 parliamentary elections was a ‘mistake’ – Hackman Owusu Agyeman
Don’t trust Mahama; he’s lost touch with reality – NPP to Ghanaians
Your unnecessary thank you tour full of lies, outrageous comments — Former NPP Organiser tells Mahama
People want to kick out arrogant Wontumi, so we will not allow him go unopposed — Adiza Zongo Pioneer
TOP STORIES