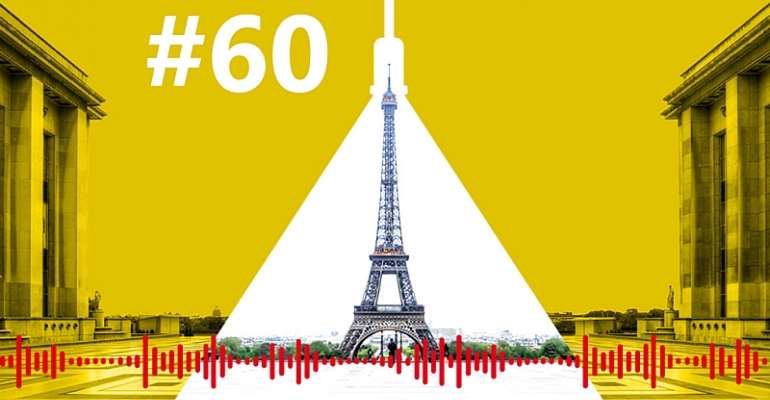 How journalists are covering the 2015 terror attacks trial. The artists who have an important role in bringing French courtrooms alive. And France recognises Harkis' suffering, offering hope for reparations, nearly six decades after the end of the Algerian war of independence.

Jihadists who planned and carried out the 2015 Paris attacks are being tried in France's biggest ever court case. Twenty people are on trial, including the only surviving member of the commando unit which killed 130 people in multiple attacks on the evening of 13 November 2015. Many more were injured and traumatised. Journalist Michael Fitzpatrick talks about the challenges of covering the historic nine-month trial, and resisting the temptation to let the accused take centre stage. (Listen @2'20)

Cameras and audio recording equipment are not allowed in French courtrooms, so any visuals coming out of a trial are illustrations made by one of a few dozen courtroom artists working in France today. Joris Le Drain talks about using oil paint to honestly portray what is happening, and Dominique Lemarié compares her experience as a court artist in the US and in France over the last 40 years. (Listen @ 8'15)

France has officially recognised and asked for forgiveness for the suffering of the Harkis, Algerian Muslims who fought with the French army during the 1954-1962 Algerian independence war and were then abandoned. President Emmanuel Macron's declaration, a few days before the annual Harki Day on 25 September, has broader ramifications for Franco-Algerian relations, and for the president himself. (Listen @19'25)

This episode was mixed by Cecile Pompeani.
Spotlight on France is a podcast from Radio France International. Find us on rfienglish.com, iTunes (link here), Google podcasts (link here), Spotify (link here), or your favourite podcast app.