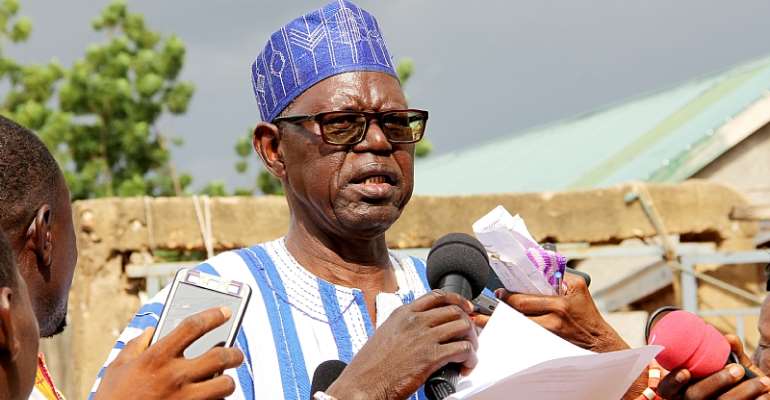 The former Member of Parliament for the Zebilla Constituency and private legal practitioner, Hon. John Ndebugri Akparibo has served notice he will sue the Bawku West District Assembly if it fails to elect a Presiding Member before approving the District Chief Executive nominee, Hon. Tahiru Issahaku Ahmed.

In an interview on Upper East Region-based Zebs FM, Hon Ndebugri told the breakfast show host Abugri Cletus, that the failure of the Bawku West DisWest Assembly to elect a Presiding Member to stir the affairs of the assembly headed by Hon. Victoria Ayamba as District Chief Executive was unconstitutional.

The legal practitioner stated Hon. Victoria Ayamba’s four-year tenure as a DCE was even not legally recognized.

According to him, a District Chief Executive cannot exist without a Presiding Member.

The former MP called on the assembly to do the right thing by electing a Presiding Member before approving the president’s nominee.

The Bawku West and Tempane Districts have been without Presiding Members. Several attempts to elect Presiding Members in these districts was unsuccessful. With the recent appointments of MMDCEs, many wait to see how they will go about the confirmations.

Six (6) out of Fifteen (15) districts in the Upper East Region had their MDCEs retained. They are Binduri, Tempane, Pusiga, Nabdam, Kassena Nankana West and Builsa South.

Take me to court, I will get the court to also overturn the ...
42 minutes ago

We’ve revamped TVET education in Ghana than any government –...
42 minutes ago