Chereponi: I’m humbled by this opportunity to serve — DCE nominee thanks Akufo-Addo after 12 party members arrested over chaos 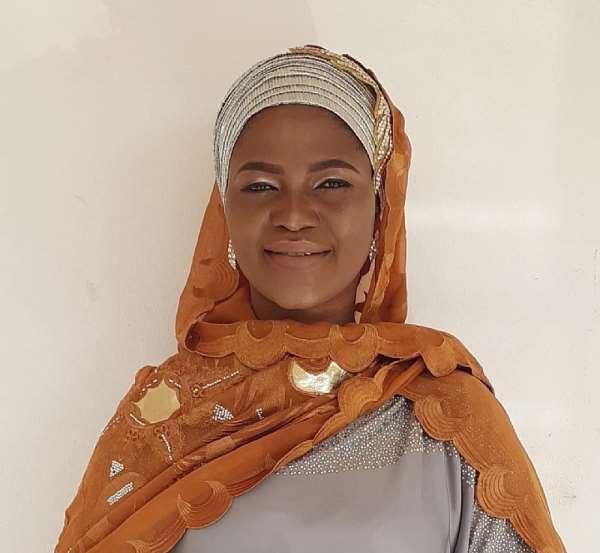 She was named in the list of Metropolitan, Municipal and District Chief Executives (MMDCEs) announced by the Minister in charge of Local Government Dan Botwe last Sunday.

Shortly after the announcement by Mr Dan Bowte at the Information Ministry coordinated press conference with Zuweratu Mada Nashiru name as second among the 6 MDCEs in the North East, some irritate youth of the governing New Patriotic Party went on rampage vandalizing party pavilions.

The angry youth set some properties ablaze amidst insults and curses on party leadership for the choice in the district. The nominee according to the aggrieved party supporters defected to NPP after 20116 general elections and therefore can’t be the most qualify person in the area.

The vetting committee they claimed, recommended Mr Kofi Salfiu Orlando for the position but his application was not considered by the appointing authority.

In a press release from Hajia Zuweiratu Mada Nashiru, she says she is humbled by the DCE nomination for Chereponi District and is appreciative to President Akufo-Addo.

According to her, she will work to bring development to the Chereponi District once she commences work after the appointment is confirmed.

“I wish to express my profound gratitude to His Excellency President Nana Addo Dankwa Akufo-Addo for nominating me to be the next District Chief Executive of Chereponi.

“I am humbled by this opportunity to serve and pledge to work assiduously with all stakeholders to achieve the President’s agenda in the district,” part of a release from Hajia Zuweiratu Mada Nashiru has said.

The Chereponi District DCE nominee further calls on chiefs, opinion leaders and youth in the area to support and help her to succeed.

Below is the full release from Hajia Zuweiratu Mada Nashiru:

I wish to express my profound gratitude to His Excellency President Nana Addo Dankwa Akufo-Addo for nominating me to be the next District Chief Executive of Chereponi.

I am humbled by this opportunity to serve and pledge to work assiduously with all stakeholders to achieve the President’s agenda in the district.

I wish to thank our chiefs, opinion leaders and the youth who have expressed their immense support both privately and publicly.

I give my assurance that I will work closely with all stakeholders, upon my approval, insha Allah, to advance our common vision of providing jobs, boosting infrastructure and improving the quality of life in the district.

There is much to be done and none of us can do it alone. Your support and cooperation will be crucial and it is my hope that we can work together for the good of Chereponi.

I am appealing to members of our party, the New Patriotic Party, and all citizens of Chereponi to come together in unity, to set aside our differences and work together to fulfil the vision of His Excellency President Akufo-Addo and the hopes of our people for peace, prosperity and a better life for all in our beloved homeland.

Encroachers on KNUST lands will face my wrath — Otumfuo war...
33 minutes ago