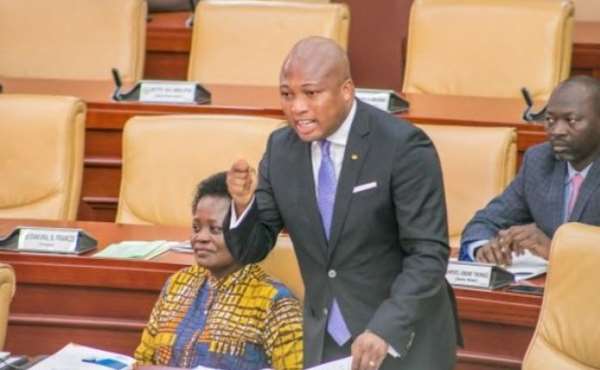 Member of Parliament for North Tongu, Samuel Okudzeto Ablakwa, is set to file two other urgent questions demanding disclosure of the full cost of President Nana Akufo-Addo's trip to the United States.

Mr. Ablakwa will this time seek answers as to why the President allegedly chartered a luxurious jet that cost GH₵3.7 million for his current trip.

“The President has [again] chartered another flight which cost us GHS 3.7 million. I am filing two other questions on the latest revelations and I am hoping that this time, the government Ministers will not pussyfoot and run away from accountability as they have done all of these months,” Mr. Ablakwa said on Eyewitness News.

The Ranking Member on Foreign Affairs Committee had earlier filed two urgent questions in Parliament demanding disclosure of the cost details of the President's foreign travels.

He had earlier alleged that the President spent an amount of GHS2.8 million on his earlier travels to only South Africa and France using the services of a private jet instead of the presidential jet.

“For just these three round trips, the President is imposing GHS 10 million [on the taxpayer],” Mr. Ablakwa complained.

He could not fathom why the President had resorted to a luxurious jet at the neglect of the Falcon 900 EX.

The President and senior government officials are expected to use the 16-seater Falcon 900 EX which was acquired in 2010 at a cost $37 million.