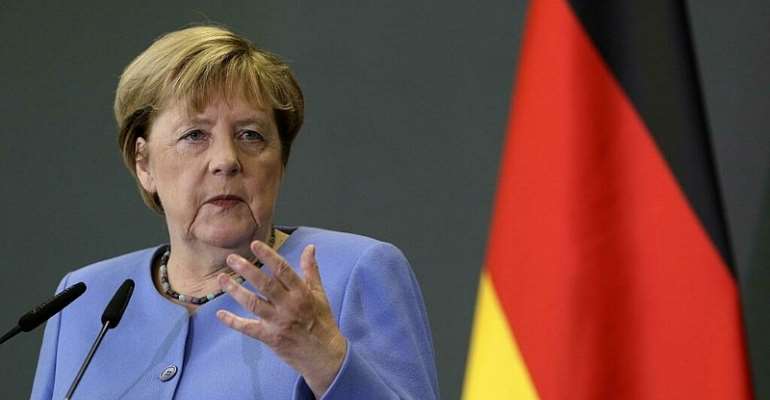 Outgoing Chancellor Angela Merkel sought to boost struggling would-be successor Armin Laschet earlier this week in the tight race to become Germany's next leader, telling a rally in her longtime electoral district that he will look out for jobs and security.

Merkel touted her government's record in bringing down unemployment and Germany's debt, decrying plans by Laschet's rivals to raise taxes. She also suggested there was a danger of a left-wing German government being overly generous in giving financial help to more indebted European countries.

“There is a lot at stake on Sunday,” she told the crowd on a wet evening in Stralsund, in Germany's northeastern corner. “It's about whether ... we give people who want to create jobs, companies that want to contribute something to Germany's prosperity, the chance, the freedom" to do so.

The alternative, she added, is “a policy of only thinking of redistributing, but not creating” wealth.

“I know Armin Laschet, as governor of North Rhine-Westphalia, fights for every single job in his state, and he would also do that as chancellor of Germany,” Merkel said.

As Merkel's center-right Union bloc has sagged in polls over recent weeks, Laschet and other leaders have issued constant warnings that the center-left Social Democrats and the environmentalist Greens, their rivals to put forth Germany's next leader, would form a coalition with the hard-left Die Linke Party.

Whether that is realistic is questionable, in view of those two parties' deep differences with the Linke Party on foreign policy in particular, though neither Social Democrat candidate Olaf Scholz nor Green candidate Annalena Baerbock have ruled it out.

Divisions
With four days to go, polls show Merkel's Union bloc slightly behind the Social Democrats, who have benefited from the relative popularity of Scholz — Germany's finance minister and their candidate to succeed Merkel — to pull out of a longtime poll slump.

They show support for the Union a little above 20% after divisions over who would run for chancellor, as well as missteps by Laschet. They put the Greens in third place.

Laschet joined Merkel in the district that she has represented in parliament since the 1990 election that followed German reunification, paying tribute to her record as chancellor. Merkel, he said, “has led us well through four major crises” in her 16-year tenure.

Merkel announced in 2018 that she wouldn't seek a fifth four-year term. She is making few campaign appearances this time, though Tuesday's was the first of three in the final week. The chancellor remains personally popular and has long been a draw for centrist voters.

The joint appearances are “important to get their own party to the ballot box," said Andrea Roemmele, a political science professor at the Hertie School in Berlin. “If the Union loses this weekend, that will be in large part because their own people didn't go vote.”