The masses as instruments 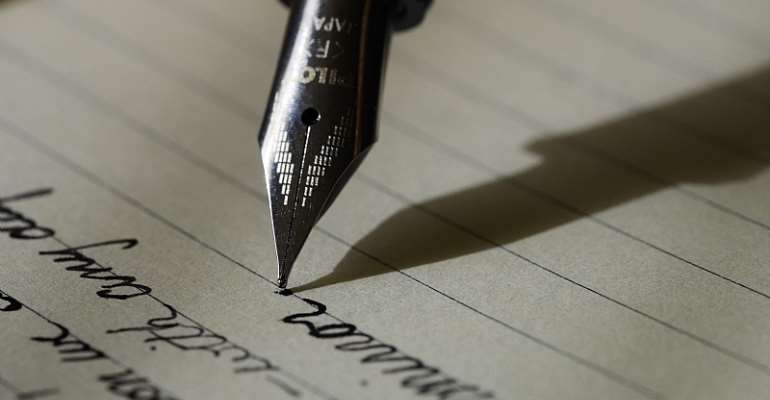 Politics, ultimately, is about the people. Policymakers always allude to the interest of the masses as the raison dètre of their policy contents. It therefore goes without saying that all policies appear to be people-friendly until their implementation when the real and intended beneficiaries are exposed. At the outset, every administrator tells the people that the policy he or she is making is tailored towards the betterment of the lives of the citizens. So, we are familiar with the expression, ‘on behalf of the masses.’ Due to the peculiar nature of politics and public administration, especially, in Nigeria, policies are made for the people, but without their inputs. The masses are mentioned for political effects; but are seldom heard! They rarely know in whose interests the policies were made ab initio.

Talk is cheap! To rephrase it, it is easier to make a promise, but, fulfilling it is a different thing entirely. Once upon a time, Nigerians were told that the country would have food security, sufficiency in agriculture and food production enough to feed her citizens, and in fact, export food items from Nigeria to other lands. A policy was enacted, with fortunes from the nation’s treasury sunk into it. Regrettably, the policy failed; yet, no one was held accountable. Till date, Nigeria imports food and grains!

In 1976, the Olusegun Obasanjo-led military regime came up with a national agricultural extension and mobilization program, tagged 'Operation Feed the Nation' (OFN). Though the policy looked good on paper, it ended up being a stillbirth. As of today, our nation remains practically unfed! Four years after, Shehu Shagari foisted 'Green Revolution' on Nigerians. But, ‘instead of it getting better for the witch, all her children are females.’

In 1987, General Ibrahim Babangida put Larry Koinyan in charge of the Directorate of Food Roads and Rural Infrastructure (DFRRI). Ultimately, DFRRI and the proverbial great boasters ended up as Siamese twins! What of the Small, Medium-scale Enterprises (SMEs)? Well, the fault might have been in the name, more so as Commerce in our clime has remained perpetually small, reflecting a Lilliputian attribute.

When, in 2006, Obasanjo cleared Nigeria’s multibillion dollar debt to the Paris Club of creditor nations, few Nigerians agreed with the former president’s initiative. However, Nigeria’s current debt portfolio, with her unbridled tendency to acquire more debts, is not only frightening but will make Obasanjo’s critics to reconsider their stand.

At a point, Nigerians were told that energy could not be owned and properly managed by the national government. Therefore, energy experts told us to diversify. We did! Sadly, however, power supply in Nigeria remains epileptic, even, as we speak. While those who are supposed to be the end-users are groaning under a thick and suffocating cloud of ‘wattages of excuses’ from the nation’s energy managers, the situation has become so worse that, even, when there’s power supply on the national grid, many Nigerians can no longer afford it.

Earlier in 1973, General Yakubu Gowon had told a stunned world that Nigeria’s problem was not money but how to spend it. Unfortunately, the man who made this very brilliant, highly philosophical statement did not understand its rhyme while those to whom it was made misinterpreted its rhythm. So, Nigerians merely used the letters of the word, not the spirit, to judge ‘Jack from Lur.’ How do I mean? Had Nigeria spent our commonwealth wisely, she would perhaps have been one of the topmost economies in modern history. Had Nigeria not been a country where huge sums of money were budgeted and recklessly allocated to attack minor problems, dear country would have been better than most of the countries now hosting Nigerians as refugees. But, the irony of it is that, ‘on behalf of the masses’, Nigeria is still a case of ‘thief steal am, thief collect am.’ So, Gowon was right!

By and by, it is pedestrian to conclude that Nigeria’s problem is leadership. Without being immodest, the followership may perhaps be a bigger problem. Supposing the followership has a defined vision, being conscious of how they are to be led, and can ask questions where need be, ours will certainly not be a country adrift on good governance and sustainable development.

On a day like this, Osun State readily comes to mind. As the state steadily approaches next year’s governorship election, what should the people watch out for in making the right choice? What should they expect from those jostling to become the state’s Chief Executive? Beyond the theatrical performances with loaves of bread or a concoction of WhatsApp-induced Greek gifts, should those who have nothing concrete to point to as achievements in life be given the opportunity to plunge the state into a mess?

Integrity! Character! Courage! Respect! Gratitude! Influence! Empathy! Self awareness! Managerial skills! Ability to delegate! Experiential knowledge of power-play! As the saying goes, ‘one sees all sorts of knives on the day an elephant dies.’ Although, democracy welcomes all, the society owes itself a duty to scrutinise each probable aspirant to the highest office in the state. It is therefore simple logic that anybody who will aspire to the Office of the Governor of Osun should not only be seen as above average but also accepted by the social norms, to boot. He must be an ideal standard of who an Omoluabi should be, not a misfit. What each candidate has done in his or her life and how responsible and upright he or she has been must count. Most importantly, Nigerians must be able to see in such a candidate if he or she is of the tribe of those recently referred to as ‘deep thinkers and silent reformers and performers with Development Agenda hinged on adequate, quality and equitable service in all sectors’ by the Sultan of Sokoto, Saad Abubakar III.

In fairness to posterity, these first-rate qualities are not too difficult to discern, more so as their opposites have their smell. Listen to their praise, they deceive you! Listen to their attacks, they derail you! Thiers is a world where immature disciples and men without values or virtues speak through the spirit, not the spirit speaking through them.

Among the major contenders amid pretenders for the seat, a candidate is seen as standing out. And that candidate is Adegboyega Oyetola, the incumbent State Governor. Discreet investigations into the life and times of Oyetola have shown that he is not only a prudent and cheerful giver but also a quiet achiever in all the important sectors of human endeavour. An Insurance juggernaut, the Iragbiji, Osun State-born politician has successfully handled a conglomerate of companies and has been running Osun State in the last 3 years without borrowing a penny from anybody. Yes, it is not as if the state is free of crises, the good news is that Oyetola has successfully managed them; which therefore shows that he is a man of capacity. If given the job of governing ‘the Land of Virtue’, come November 27, 2022, Nigerians should rest assured that he will not handle the state’s legacy with levity.