Amnesty staff fight back, say 'we are professionals not criminals' 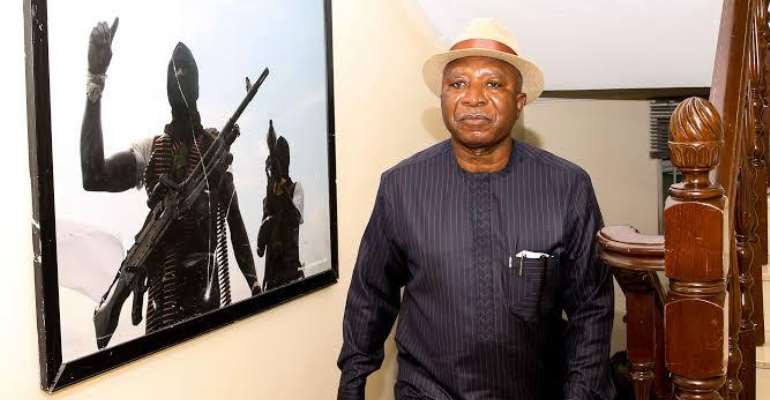 Some staff of the Presidential Amnesty Office have come out to refute claims by Col. Milland Dikio, that staff of the office sabotaged his administration, while in office.

In a statement released to us by a representative of the staff, the group outrightly denied the claims by the former Interim Administrator.

According to them, Col. Dikio, on assuming office, ran a one-man system, listening to no one except the aides he came with.

“The Amnesty Programme is a very complicated programme and needs in-depth knowledge of the history of the Programme, to succeed. Dealing with over 30000 ex-agitators who see the office as their only source of livelihood is not a task you carry out with force. Diplomacy should always be used.”

They added that “throughout his one year in office, not one beneficiary has been trained or empowered. Though there are various already existing contracts to train and empower beneficiaries in Agriculture, Welding, Hospitality, Transformer Manufacturing and Repairs and so many other skills.

“The office already has contractual obligations to these vendors, but Col. Dikio, against the advice of the legal department suspended these empowerment projects and is attempting to cancel the contracts. This will not only delay the progress of the region it will also bring up a storm of litigations against the Office and the Federal Government. How will an office award contracts, sign agreements, receive bank guarantees from vendors, then wake up one day and cancel all the contracts? That is a recipe for disaster.”

The staff added that “within 6 months in office, Col Dikio has spent over 1billion Naira on trips and activities that have no direct impact on the Ex-Agitators, who are longing for skills and a source of livelihood. Any staff who tries to speak up gets fired. We are not the issue; Col Dikio’s actions are the problem.

“Col Dikio claims we are corrupt but one of his Aides Col Lancelot Anyanya, through his company, a company that is “Inactive” in CAC’s records, Vortex Communications and Media Limited gets 40 million naira monthly for doing nothing. The total contract value is 960 million naira. Col. Dikio claims we are corrupt but First Media Network Limited, owned by a former Commissioner for Information in Bayelsa State gets 34 million Naira Monthly for media services, meanwhile from its proposal the company was to get the said amount, annually. Officials of the office have frowned against these actions and many others, but Col. Dikio ignores every question.

“It is wrong for a Chief Executive to accuse his subordinates who work day and night under harsh conditions. We are not responsible for his misfortunes,” they concluded