Friends again? France's envoy to return to US after Macron and Biden talk 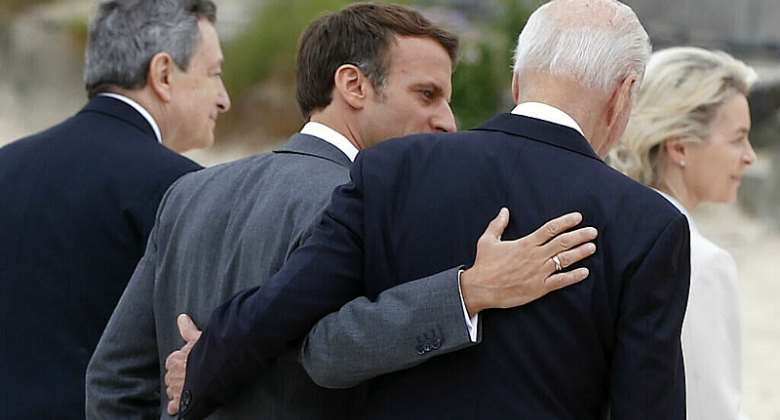 France will send its ambassador back to Washington next week after French President Emmanuel Macron and President Joe Biden agreed in a phone call Wednesday to meet next month over a submarine spat that sent relations between the longtime allies into a tailspin.

The two heads of state “have decided to open a process of in-depth consultations, aimed at creating the conditions for ensuring confidence,” the Elysée and the White House said in a joint statement. Macron and Biden will meet at the end of October in Europe, according to the statement, that was published at the same time by the White House and the Elysée.

In an unprecedented move, France recalled its ambassador after the U.S., Australia and Britain announced, the "Aukus," a new Indo-Pacific defence deal last week. As part of the pact, Australia will cancel a multibillion-dollar contract to buy diesel-electric French submarines and acquire U.S. nuclear-powered vessels instead.

The French ambassador will “have intensive work with senior U.S. officials” after his return to the United States, the statement said.

Biden and Macron agreed “that the situation would have benefitted from open consultations among allies on matters of strategic interest to France and our European partners," it said. Biden “conveyed his ongoing commitment in that regard.”

Biden reaffirmed in the statement “the strategic importance of French and European engagement in the Indo-Pacific region.”

New strategy
On day after the announcement of Aukus, the European Union unveiled last week its own, new strategy, for boosting economic, political and defence ties in the vast area stretching from India to Japan to Southeast Asia and eastward past New Zealand to the Pacific.

In the joint French-US statement, Biden referred to the new EU strategy, saying that he "reaffirms the strategic importance of French and European engagement in the Indo-Pacific region," while recognizing "the importance of a stronger and more capable European defence, that contributes positively to transatlantic and global security and is complementary to NATO.”

No decision has been made about the French ambassador to Australia, who was also recalled last week, the Elysée said, adding that no phone call with Australian Prime Minister Scott Morrison was scheduled.