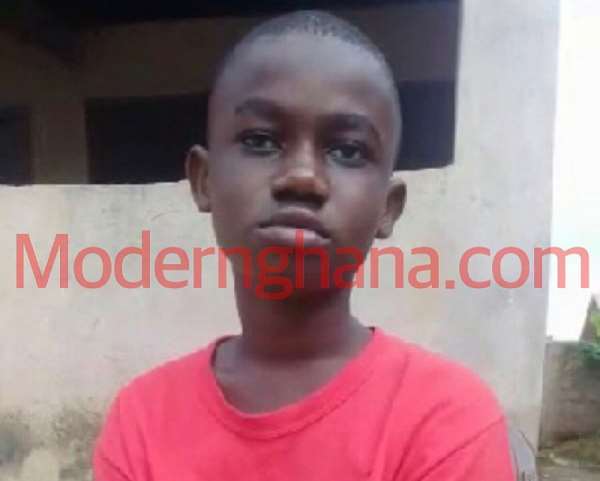 A 12- year old boy has recounted how he escaped from alleged kidnappers at Feyiase in the Bosomtwe District of the Ashanti Region.

The boy, Godfred Boateng, narrating the incident said he was accosted and taken away by an unknown man while playing football at Tafo-Nhyiaeso in the Tafo-Pankrono Municipality.

According to him, he was playing a football match with his friends at the back of Tafo-Nhyiaeso government school where one of his friends shot the ball into a near bush.

“I met an unknown man in the bush when I attempted to retrieve the ball only for him to sleep-induce me," he stated.

Speaking in a video cited by this reporter, the 12-year-old boy said he woke up in a midst of some children suspected to have been kidnapped by his assailants in a bus he could barely describe.

He added that they were transported to a location barely know to him where he managed to escape from the kidnappers.

The class six pupil who is currently at the Feyiase Police station said he is a student of Rockange International School located at the Tafo New road.

The boy who appears to be in shock appealed to his family in the video to immediately come to the police station and send him back home.