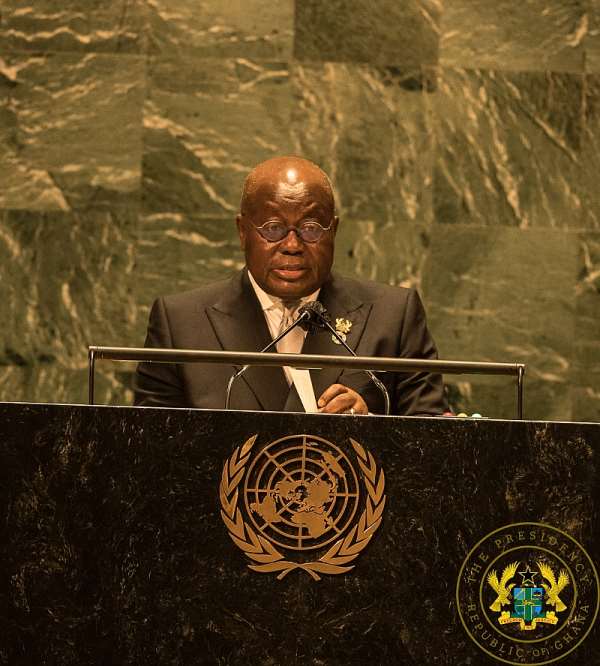 President Akufo-Addo has reiterated Ghana’s resolve to continue to defend democracy and constitutional rule, as uphold human rights in Ghana, in the West African Region, and on the wider African continent.

Addressing the 76th Session of the United Nations General Assembly on Wednesday, 22nd September 2021, the President stated that Ghana “shall work to strengthen the institutions that support democracy in our country and in our Region. We shall continue to support the United Nations and other international organisations to help remind us that, indeed, no man is an island, entire of itself.”

Recent events in Mali and Guinea, in West Africa, President Akufo-Addo said, have shown that not everybody has accepted democracy as the preferred mode of governance in our Region.

Now more than ever, he indicated that “we must defend democracy, constitutional rule and human rights in the world. In the last twenty-four (24) months, we have witnessed assaults on democracy around the world, sometimes in developed countries where we had assumed that a consensus on the democratic form of governance had been established.”

Touching on events in Guinea and Mali, he told the Assembly that ECOWAS has given Guinea six (6) months to do so, and requested the immediate release of President Alpha Conde.

“On my visit to Conakry last Friday, the military leaders indicated their willingness to see to the imminent release of President Conde, and it is our hope that they will keep to their word. The Authority has also made it clear to the military government in Bamako, the capital of Mali, that it is not prepared to negotiate an extension to the February deadline for the holding of democratic elections, as the essential steps to be taken can, with political will, be effected within the ECOWAS-sanctioned timetable,” the President said.

He continued, “It is better that a government, with a democratic mandate, be in place as soon as possible, to implement the reforms that are necessary for the future stability and growth of Mali, and, thereby, enhance the all-important fight against terrorism in Mali.”