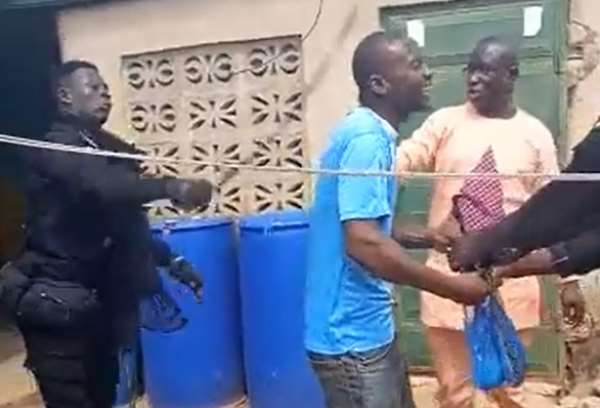 The Tamale South Constituency Executives of the opposition National Democratic Congress (NDC) have called on the Police Administration to properly investigate and punish officers involved in the assault of some residents of the constituency over alleged electricity theft.

This was contained in a statement issued by the Tamale South Constituency Executives of the NDC signed by Mr Abdul Ganiyu Sandow, Communication Officer of the Constituency, and copied to the Ghana News Agency in Tamale on Wednesday.

The statement said, "In as much as we commend the Inspector General of Police (IGP) with the swiftness with which he interdicted the officers in uniform, we expect that the assault will be properly investigated and proper punishment be meted out to those recalcitrant Police officers."

Some Police officers were caught on videos that went viral on social media on Tuesday beating some residents of Nakpanzoo and Lamashegu, suburbs of Tamale, for allegedly engaging in illegal electricity connections.

Subsequently, the Police Administration on Tuesday issued a statement announcing that it had interdicted the four Police officers involved in the assault of the residents and that they would face Service Inquiry subject to the regulations of the Ghana Police Service.

The NDC's statement said, "We deem the action by the Police as uncouth and unprofessional."

It said, "On the substantive issue of electricity power theft, we do not subscribe to it, and will seize every opportunity to condemn and discourage such acts."