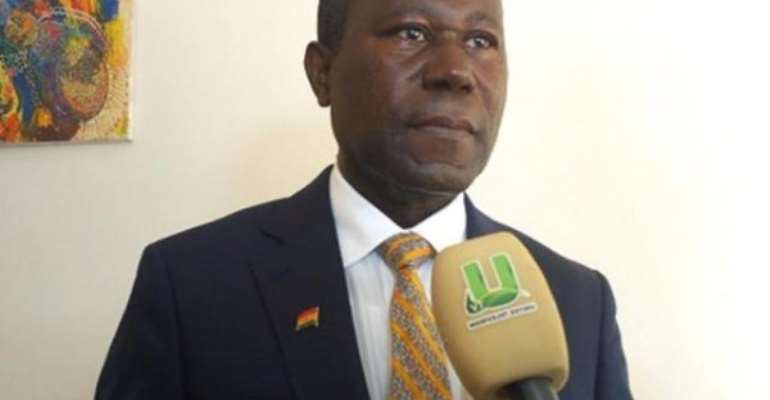 Ghana Cocoa Board (COCOBOD) has signed an agreement for a US$1.5 billion syndicated loan facility for the 2021/2022 cocoa crop season to be used to finance cocoa purchases and related operational activities in the crop season.

A total of 28 institutions, made up of local and international financial institutions, participated in this year's syndication, including Standard Chartered, Mitsubishi UFJ Financial Group and the Industrial and Commercial Bank of China.

The latest loan facility, which has an interest rate plus libor of 1.1 %, is repayable in seven months, beginning from February through to August and would help purchase a projected 950,000 metric tonnes of cocoa.

The signing ceremony on Wednesday was attended in-person by some officials from COCOBOD, the government and representatives of the local financial institutions who participated in the year's syndication.

Officials from the foreign banks, including the lead arrangers, attended the ceremony via video conferencing.

It is the second time the loan agreement was signed virtually due to the COVID-19 pandemic.

Speaking via Zoom, the Chief Executive of COCOBOD, Mr Joseph Boahen Aidoo thanked the banks for their consistent support for the cocoa industry and the willingness to fund the operations of the industry.

“Management of Cocobod appreciates your unflinching commitment in these difficult times,” he said.

Mr Aidoo said through the continuous implementation of cocoa enhancement programmes, "Cocoa purchases at the end of the 2020 to 2021 cropping year stood at 1.045 million metric tonnes, breaking our 10-year record set in the 2010/2011 season.

"We need to commend ourselves for collectively contributing to the realization of this milestone, and challenge ourselves to do even better in the coming year."

He expressed optimism about the future of the cocoa industry as government committed more resources to the national cocoa rehabilitation programme.

on his part, Dr Afriyie Akoto, the Minister of Agriculture, said Ghana had not defaulted in its payment of the loan since the 1992/93 crop season.

COCOBOD has consistently and successfully, through the pre-export syndicated finance facility, obtained a receivables-backed syndicated loan each year from the international money market to finance its cocoa purchases.

He said the loan would be used to ensure prompt payment to farmers and reiterated government commitment to make the cocoa industry a strong backbone of the economy.

Dr Akoto said the participation of the banks in the syndicated loan was affirmation of confidence in the Ghanaian economy and government's stable economy policies.

Mrs Mansa Nettey, CEO of Standard Chartered, on behalf of the arrangers, reiterated commitment for the continuous support for the Ghanaian economy.