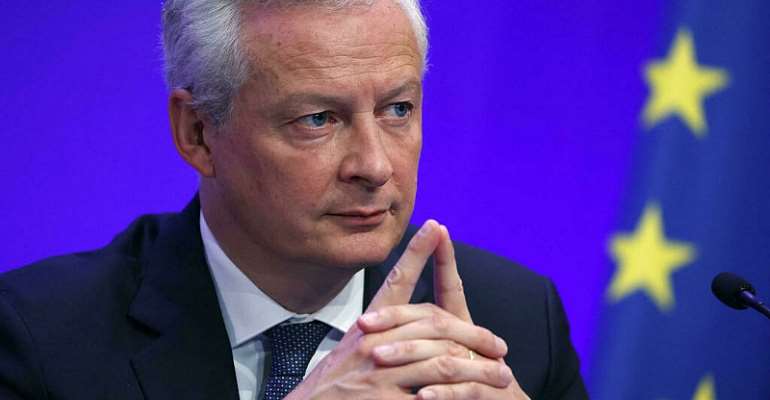 Seven months out from presidential elections, the French government on Wednesday submitted its final budget of Emmanuel Macron's five-year term – defending its strategy of cutting taxes and increasing public spending to deal with the health crisis.

Faced with vigorous criticism from candidates all sides of politics, Economy Minister Bruno Le Maire said Macron's "whatever it takes" Covid recovery policy had left the French economy better off than many other countries.

“We have spent the money of the French people wisely," Le Maire said of the 130 billion euros – about 6 percent of GDP – that has been forked out since the beginning of the pandemic.

Le Marie confirmed that this policy would give way to a more targeted strategy from October.

"The French can trust us. We have shown them that we know how to steer in the middle of a storm and that we know where we are going," he added.

The government's major economic forecasts have been known for two weeks, and the presentation of the finance bill is a chance for the government to show off the results of the last five years, and lay the groundwork for the election battle.

Details on long-term investments in new industrial sectors were scarce, though, with MPs on the left lamenting the fact the budget does not include the cost of a special income designed to get unemployed young people into work. These were to be be added later.

Ministries get windfall
Drafts of the budget bill show an increase in spending for all government ministries – amounting to about 11 billion euros more than in 2021. Almost no ministry will see its budget cut next year.

Those reaping the biggest benefits include the armed forces, interior and justice ministries, which together account for 33 percent of the total.

The budget for national education will also see a significant increase of 1.6 billion euros.

France's High Council of Public Finance, an independent body charged with assessing the credibility of the government's forecasts, has said it was unable to give an opinion on the draft budget.

Opposition unhappy
While last budget of a government's mandate is traditionally the most generous – and is often amended after elections – opposition lawmakers in the National Assembly have denounced the state's spending spree.

Amid multiple promises of budgetary largesse in recent weeks, Macron has been accused of election campaigning using “the chequebook of France”.

“When you create spending, when you create debt, while at the same time failing to make structural reforms,” said Damien Abad, who heads the rightwing Les Républicains party, referring to the abandonment of the government's controversial pension reform bill.

“This means you are basically spending without financing your expenditure. The 'whatever it takes' for health care, yes. The 'whatever it costs in terms of elections', no – because that is done on the backs of the French people.”

Many of the government's announced expenditures – including ambitious plans to renovate the city of Marseille – have not yet been integrated into the 2022 finance bill.