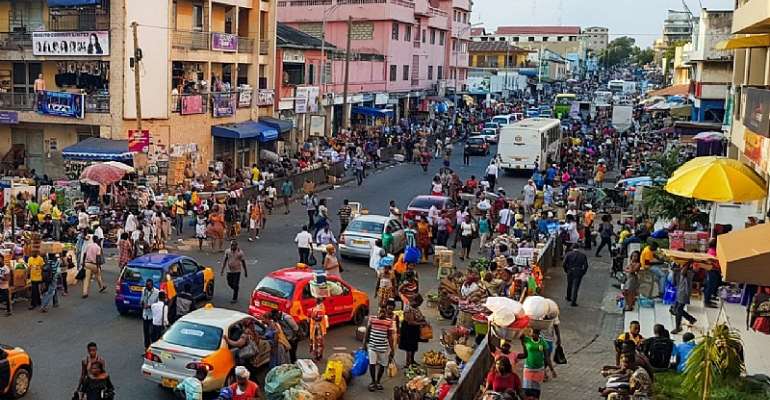 The Ghana Statistical Service (GSS) has disclosed that the Greater Accra Region has edged the Ashanti Region to become the most populous Region in the country.

Over the decades, the Ashanti Region has been the region with the largest population in the country.

According to provisional results from the Ghana Statistical Service, it says the phenomenon has now changed.

Addressing a press conference in Accra on Wednesday, September 22, 2021, Government Statistician, Prof. Kobina Annim confirmed that data gathered from the 2021 Population and Housing census has revealed that there are now more people in Greater Accra than in the Ashanti Region.

“In the 2010 Population and Housing Census, Greater Accra and Ashanti Region collectively contained 35.3 percent of the persons that we had in the country.

“This has not significantly changed in the 2021 Population and Housing Census. We are seeing a marginal increase from the two regions with the current figure of 35.7

“What this inherently means is that Greater Accra Region has caught up with Ashanti Region. Indeed from the provisional figures we are seeing, Greater Accra is edging up as the most populous region marginally. We await to see what we are going to get from the final result,” Prof. Kobina Annim told journalists.

Meanwhile, the Ghana Statistical Service has disclosed that Ghana’s population is now 30.8 million.

It is a 6.1 million increase from the data recorded from the 2010 Population and Housing Census.