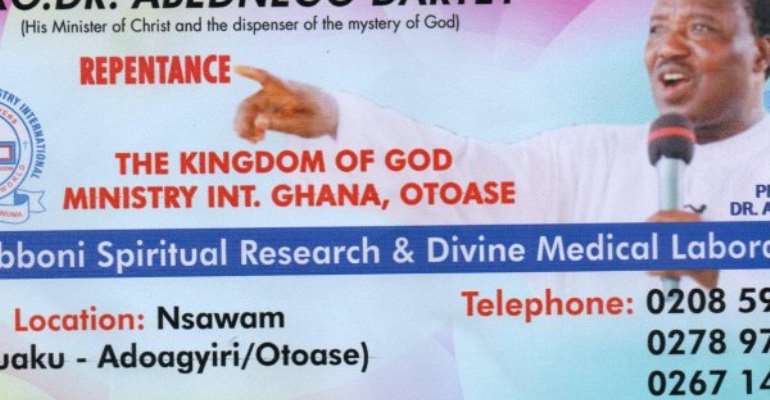 Prophet Dr Abednego Dartey in charge of the Kingdom of God Ministry International at Otoase in the Eastern Region has urged Ghanaians to repent from their sinful acts for the development of the country.

He said God has revealed to him in a vision that the acts of human killings, armed robbery, smoking of marijuana, alcoholism, occultism among others was hindering the progress of the nation.

Prophet Dartey who gave the advice at a news conference at Otoase, near Coaltar in the Ayensuano District said God has revealed to him that the National Cathedral being constructed in Ghana was of no significance until Ghanaians repent from their sins.

He said, “God is very angry especially with false pastors, prophets, and prophetesses in the country who failed to tell their congregations the truth to shy away from their sinful acts.”

Prophet Dartey called on religious leaders to worship God with humility and pray with sincere hearts for the forgiveness of sins and economic growth.