George Andah's call for unity and acceptance: A sign of good leadership 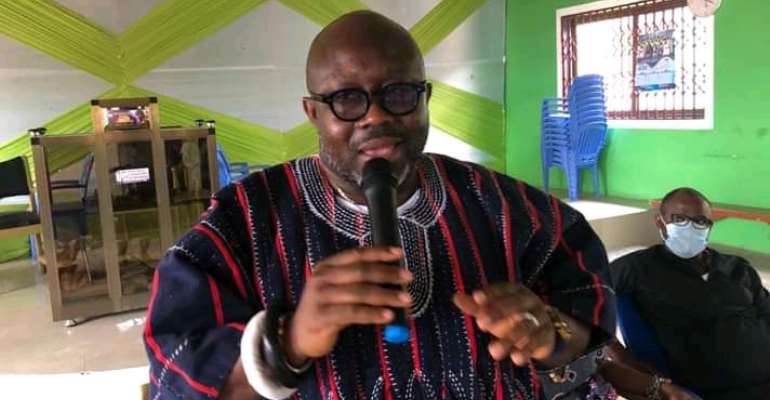 Following the nomination of Joseph Aidoo as the District Chief Executive (DCE) for Awutu Senya West, Nenyi George Andah, the immediate past Member of Parliament for Awutu Senya West, took to his Facebook wall to call for calm and unity among the rank and file of the New Patriotic Party in the district.

According to Nenyi George Andah, the Marketing giant and politician, it is the prerogative of the president to choose DCE for the party members and the entire constituents. In view of this, challenging the decision would amount to undermining the decision of the President, which to him, is a sign of disrespect and must not be heard of them.

"It is the President's prerogative to decide who becomes the DCE to spearhead the work that needs to be done in the district, and any contrary decision to this undermines the decision of the President," the one time ruler of the World of Telecommunications in Ghana and some parts of West Africa, openly admonished.

Taking a lot of things into consideration, I find the position of Nenyi George Andah on the President's choice of DCE for Awutu Senya West District, the wisest. This makes him a mature politician who puts his party first.

I would therefore seize this opportunity to emphasise Nenyi George Andah's appeal to his party members by humbly reiterating his call on this important subject. I would also want to condemn the so-called opinion leader who gathers party delegates to incite them against Nenyi George Andah. This is one of the irresponsible acts that caused disunity and factionalism in the party which led to the alleged skirt and blouse campaign in the 2020 elections.

Nenyi George Andah is aware of such meetings and politically unwise moves but he thinks reacting to it may favour him but might not be good for the party's unity that he has been working day and night to realise.

Just as Nenyi George Andah is doing his best to build unity in the party, it would simply not be wise for any self-styled champion to go about doing things that would undermine the unity of the party. I should not be bothered about the unity of a political party as a civil servant but the disunity of a ruling party can tamper with the smooth administration of the country and hence my concern.