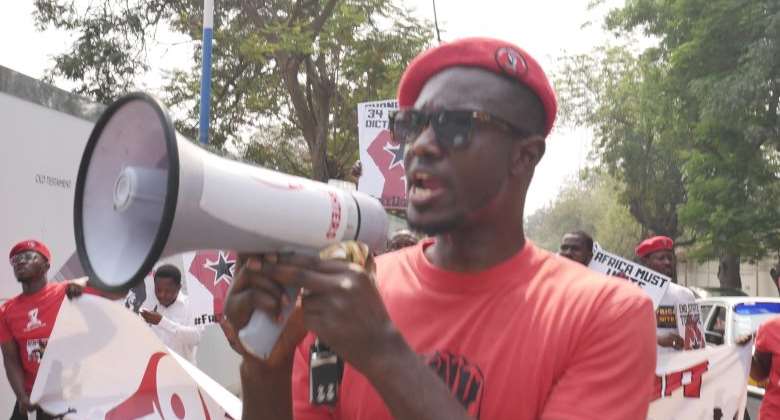 A convener with the #FixTheCountry Movement, Ernesto Yeboah has indicated that they want a change in the country's Constitution for a better Ghana.

The Movement since its inception on social media has grown exponentially and is currently very loud outside social media.

After its first protest in August that shook Accra, the #FixTheCountry movement moved its train to Takoradi in the Western Region today.

Speaking to Asempa FM after the demonstration, Ernesto Yeboah who is also the Commander in Chief of the Economic Fighters League has explained why there is the need to make changes to the country’s Constitution.

“A change in our constitution will lead to the new Ghana we are looking for,” he noted.

According to him, although today’s protest in Takoradi did not have the same number of participation from the first one, it did go very well.

He said the #FixTheCountry movement got the message to the people of the Western Region very clearly today and will very soon announce the destination of the next demonstration.

“Our focus has always been that we want to bring Ghanaians together and tell our leaders the truth we have not been bold enough to say in the last 30 years. From all indications, our message have gone down well with the people here in Takoradi.

“Our focus is not on the numbers, but on the message we want to put across. In the coming days we will be announcing the next destination for our next protest. Looking at the rotten system and how the country has been ridden with poverty, Ghanaians are ready to voice. We will soon announce the next region,” Ernesto Yeboah added.

Planting for Food and Jobs failed due to poor implementation...
52 minutes ago