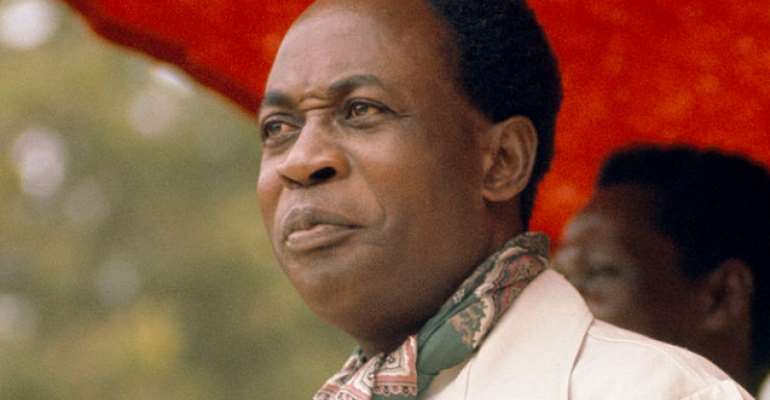 21st September 2021 marks the birth of Ghana's finest political leader, Osagyefo Dr. Kwame Nkrumah. It would have been his 112th birthday if he was still alive. Dr. Nkrumah is dead and gone for far too long but his name and memory never leaves our conversations, news, history, dissensions and even squabbles.

Dr. Nkrumah's legacy appears more relevant than any other leader's who served the Gold Coast colony and has served the Republic of Ghana. This is why many have coined the maxim, "Nkrumah never dies" which implies that his legacy lives on forever. It is no lie nor political propaganda but refined truth that a number of attempts have been made in plain sight and subtle manner over the years by successive governments to denigrate Dr. Nkrumah's legacy, yet his works stand tall.

Under his watch as prime minister and as president, Ghana was envied by her peers. I would say Ghana became the Messi of the era, breaking records and achieving the impossible. Together with his colleague leaders, the brave efforts of the ex-servicemen and his exemplary role towards independence led to Gold Coast's famous achievement which is, Ghana becoming the first sub-Saharan country to gain self-government or independence from British colonial rule in 1957. Many wondered if Dr. Nkrumah was a messiah sent from above and others perceived he was some leader who had no kind.

On the night of declaration of Ghana as an independent nation, Dr. Kwame Nkrumah said that, "The blackman is capable of managing his own affairs". Also, he announced on the eve that "Our independence is meaningless unless it is linked up to the total liberation of Africa". These statements were relevant at the time and even still relevant in modern times. It actually turned neighbouring colonial states on to fight and break the colonial yoke. Guinea gained her independence from France with Nkrumah's help. The man Nkrumah earned himself these nicknames and laurels for his bravery, perseverance and selfless leadership.

6. Hope of millions of downtrodden blacks.

The Iron boy, Dr Nkrumah's achievements as first President of Ghana baffled many even as of today at a time when Ghana has crude oil but has not achieved so much. His achievements continue to be a talk of discussion in our politics after the cessation of his life. Ghana witnessed immense improvements in virtually every sector.

2. He built Colleges of Education;

4. Dr Nkrumah instituted free education policy for primary and middle schools (JHS) to ensure that every child of school age had education in Ghana.

In the area of health,

For factories and Industries, I may have lost count

11. The National Management and Productivity Institute

Osagyefo is also known on record to have built, done or established the following;

All of these achievements took the exemplary leader less than 10 years to accomplish. In spite of Dr. Nkrumah's shortcomings and downfalls, I would bet my life on his patriotism. He was not one with the mindset to amass wealth but to put the black race on a pedestal. The woes of Ghana today should be attributed to the many political instabilities she has suffered after the Osagyefo's regime and the selfishness of successive leaders.

Fellow youths, on this occasion of reminiscence of where we have come from and where we are going as a nation, let us charter a path of cohesion devoid of politics of insults, division, hatred and what have you. The instability Ghana suffers today is due to the quest of political parties to prove who is better or the best and that exposes their lies all the time. NPP, NDC have all played us like violin leaving us with the thinking of there is no essence of creating a united front. Dr. Nkrumah's motive of creating a one party state was in good faith and besides no faithful man will sit aloof for external forces to interlock with local traitors to keep carrying out assassination attempts and cause deflection from the path of duty and progress. He sought to unite and bring competent minds on board. His secretary of state K. B Asante is on record to have revealed that Nkrumah ever said his quest to establish a one party state was to bring competent people belonging to opposition factions on board.

Colleague youths, it is time to rise up above hypocrisy, hate, division and the tribalism political parties have centred on to prove their competence. Let us follow wisely and support a course of unity and hope for Dr. Nkrumah opined that, "Divided we are weak. United, Africa could become one of the greatest forces for good".

Encroachers on KNUST lands will face my wrath — Otumfuo war...
51 minutes ago