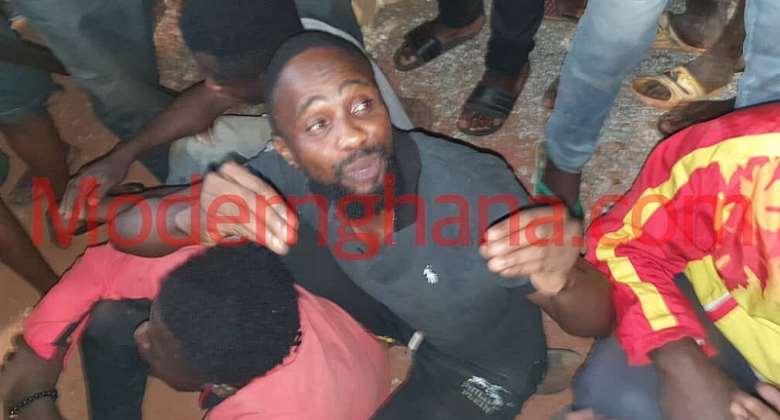 The timely intervention of Bekwai Police saved some four suspected rail line thieves from being lynched by some angry youth of Bekwai.

The four, according to information gathered by ModernGhana News had gone to the Pampaso and Kensere communities around 2am on Tuesday to cut the railway lines and cart them in a heavy-duty truck.

Eyewitnesses say their cover was blown by someone who saw them at the railway site and quickly relayed the information to the youth of the two towns. The youth within a short time massed up and subsequently arrest them.

“They are fond of cutting the rail line metals but and they have always succeeded because you cannot catch them if you are alone. They are always armed and will kill you if you dare question their action,” the eyewitness told ModernGhana News.

Assembly Member of Kensere, Emmanuel Anim Okyere said they were fortunate in their strategy since most of the suspects embarked on their operation armed. “We were very careful not to let them see us first because they are always armed.”

He added that but for the timely intervention of the police, the irate youth would have lynched the four suspects.

“These people are nation wreckers and need not be entertained. Look at the huge amount the nation is spending on these railway lines, then you come and cut them and sell to scrub dealers, why,” he stressed.

The four have been detained by the Bekwai Police for further investigation.