EU steps up support for France over Australia submarine spat 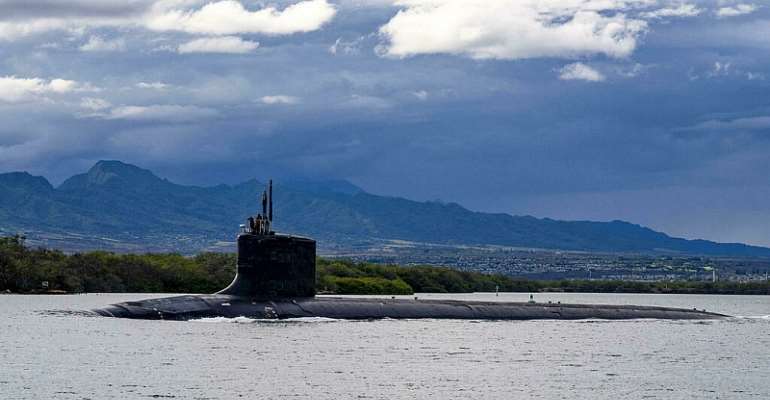 France continues to fume over Australia's decision to ditch a €60bn French contract to build 12 submarines for the Australian navy. Following little comment from EU members to date, European foreign ministers finally expressed their support and solidarity with France on Monday.

Monday's comments during a meeting in New York to discuss Australia's scrapping of the €30 billion submarine deal with Paris in favor of a U.S. and

Indo-Pacific region where China is the major rising power.

Until now, the EU had offered little support for France's frustration, appearing isolated in the run up to this week's UN conference.

France withdrew its ambassadors to Washington and Canberra after the US, Australia and Britain announced a joint security pact, Aukus, dumping the 2016 French submarine deal in favour of a US-UK promise to supply nuclear-powered subs.

France's foreign minister didn't mince his words over the weekend, accusing the US and Australia of “duplicity” and “lying” and saying France had been “stabbed in the back”.

But until Monday, France's European neighbours had been strangely silent on the matter.

France has overseas territories in the Pacific – notably French Polynesia and New Caledonia – and the subs deal was part of French ambitions to extend influence in the region.

Meanwhile fellow EU power Germany – who lost out to France over the deal – is preoccupied with its own upcoming elections. The government simply said it took note of the dispute.

Another factor is the future trade deal between the EU and Australia.

Since negotiations began in 2018, Brussels has held 11 rounds of talks with Canberra, and it was hoped the accord could be concluded before the end of the year.

While Clément Beaune, France's European affairs secretary, told POLITICO this weekend that Europe could hardly continue the talks after such a breach of trust, France's EU partners don't necessarily agree.

“Clearly the EU doesn't want to be embroiled in the conflict between France and Australia and wants to continue negotiating this agreement”, Martin-Genier explained.

Even France seems keen to lower tensions, with French and Australian ministers insisting the submarine row would not hamstring the trade deal.

“At this stage, negotiations do continue and there is a strong interest ... for Australia to have a free trade agreement with the EU,” France's Ambassador to Australia Jean-Pierre Thebault told local media on Monday.

And then there's NATO.
Macron has been saying for years that the US-led NATO alliance is “brain dead” and is pushing for an European defence force.

The Commission will hold a European defence summit in Toulouse in 2022 once France takes over the revolving EU presidency.

Macron calls for a stronger European voice in Nato, as Chinese influence spreads

But while France may be prepared to challenge NATO supremacy, most other European countries are reluctant to fall out with the US.

“Europe, despite its desire to be more strategically independent, does not have the capacity to do [without the alliance] and I'm not sure that other countries will want to create a real European military force,” said Martin-Genier.

Pierre Haski, a journalist specialising in geopolitics, says Europeans are wary of the French position.

“They immediately suspect [France] of wanting to weaken Nato, in favour of a hypothetical European defence in which Paris would have the main role," he told France Inter on Monday. "No one in Europe wants to have to choose between Washington and Paris."

And yet the idea of a European defence force is progressing.

“For the first time there is a defence fund in the European budget and forces from 10 EU countries are in the Sahel, alongside the French; a summit of the 27 will be held in Toulouse in the Spring to adopt a 'strategic compass' – defining common interest and objectives,” Haski explained.

Meanwhile the US's chaotic withdrawal from Afghanistan – which triggered criticism from European allies – cast doubt on the US's ability to ensure security.

Celia Belin, an expert on transatlantic relations at the Brookings Institution, said France could rally fellow European nations around shared perceptions that the Biden administration lacks a strategy for Europe.

“France needs to share this assessment with European allies and put it on the table with the Americans to find solutions,” she said.

Your dictatorial, political bloodshed will be responded, we ...
26 minutes ago